In simple words, fed-batch culture is a modification to batch fermentation. In fed-batch cultivation, nutrients are added aseptically; it is a semi-open system, and the volume of liquid culture in the bioreactor increases as the culture is systematically added. A fed-batch culture is more productive, yields better with controlled sequential additions of nutrients, enables higher cell densities, and prolongs product synthesis.

The main advantages of fed-batch over batch culture are:

In a fed-batch process, the broth does not generally need to be removed during the entire fermentation process, but the amount of limiting nutrients added determines the rate of reaction. 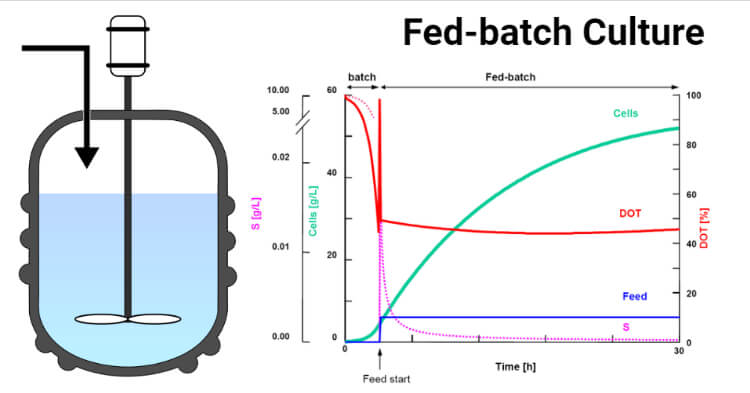 Figure: Fed-batch reactor symbol and The graph shows the principle of a substrate limited fed-batch cultivation with an initial batch phase. After consumption of the initial substrate, a continuous and constant feed of the substrate is started. Image Source: Wikipedia.