Facilitated diffusion is the process of biological transport in which specific structural components of biological membranes interact with particular solutes or classes of solutes, markedly increasing the rates at which they can cross the membrane.

Principle (How does facilitated diffusion work?) 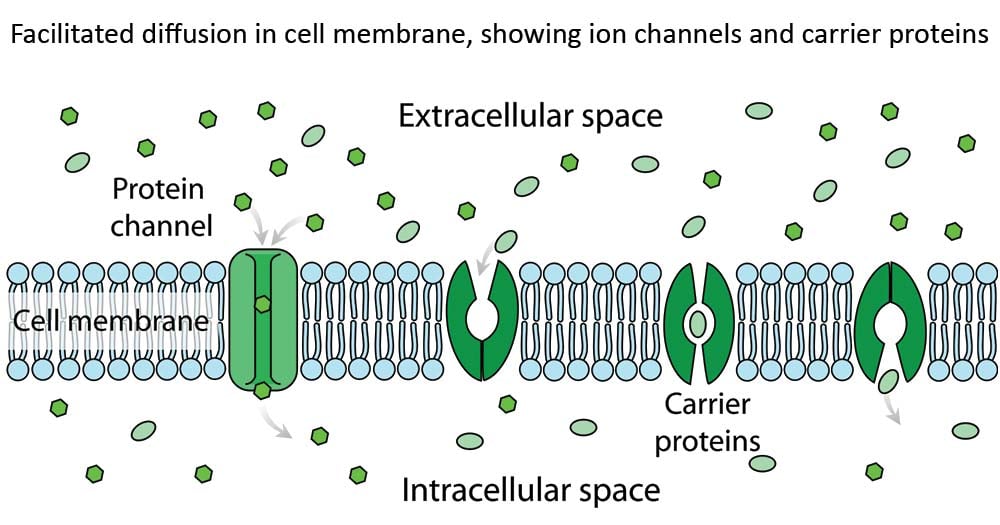 What are Channel proteins?

What are Carrier proteins?