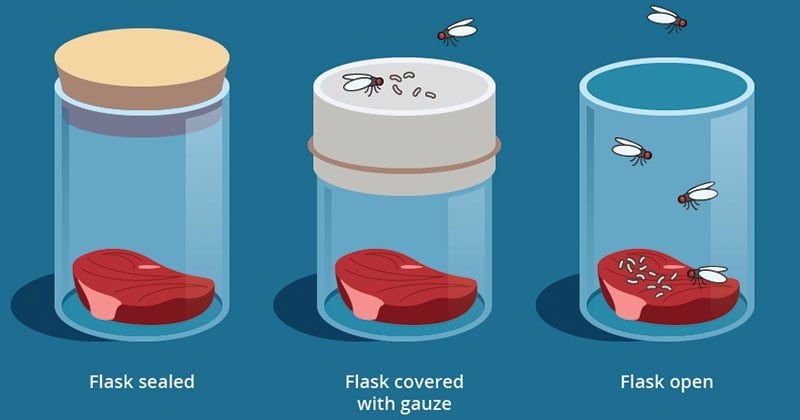 Experiments in Support of Spontaneous Generation

The doctrine of spontaneous generation was coherently synthesized by Aristotle, who compiled and expanded the work of earlier natural philosophers and the various ancient explanations for the appearance of organisms, and was taken as scientific fact for two millennia.

Though challenged in the 17th and 18th centuries by the experiments of Francesco Redi and Lazzaro Spallanzani, spontaneous generation was not disproved until the work of Louis Pasteur and John Tyndall in the mid-19th century.