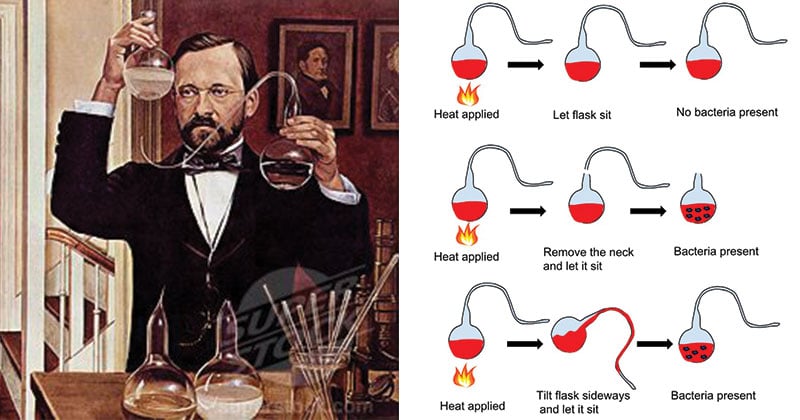 The studies on fermentation led Pasteur to take interest to work in microbiology. His contributions to microbiology are as follows:

Besides in microbiology, Pasteur made significant discoveries in chemistry, most notably on the molecular basis for the asymmetry of certain crystals and racemization.

Figure: Louis Pasteur’s spontaneous generation experiment illustrates the fact that the spoilage of liquid was caused by particles in the air rather than the air itself. These experiments were important pieces of evidence supporting the idea of germ theory of disease. Source: Wikipedia.

1 thought on “Louis Pasteur and his contributions”