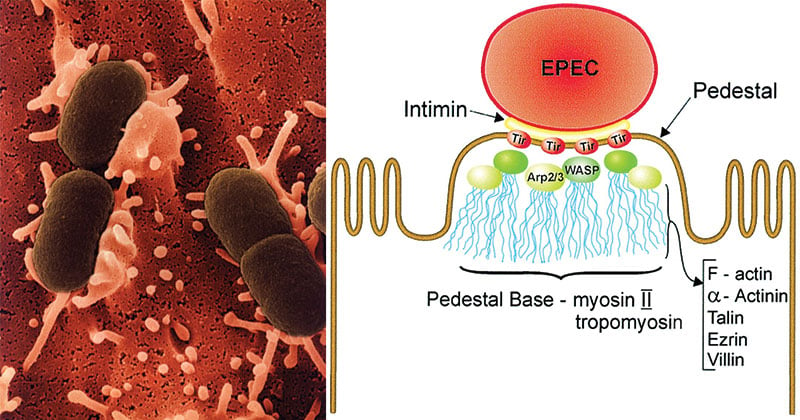 Mode of Transmission of EPEC 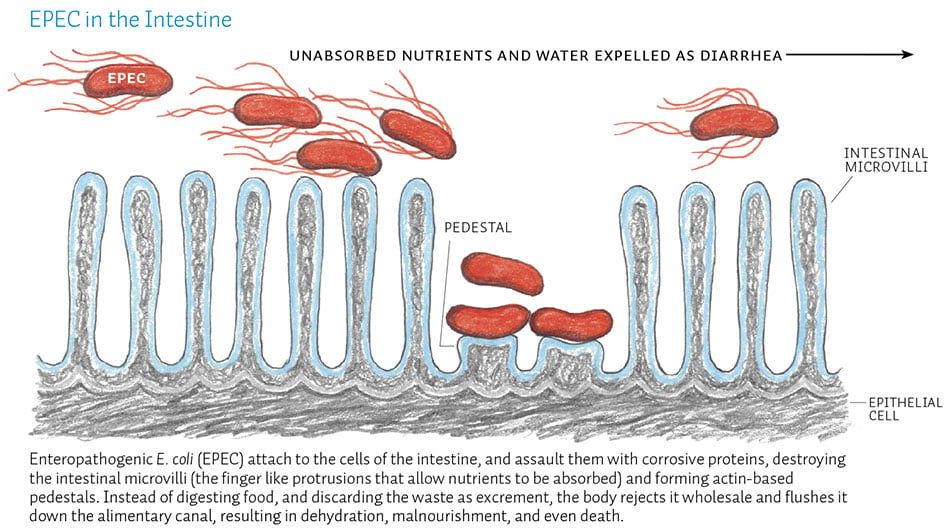 Clinical Features and Complications of EPEC

Disease occurs primarily in children younger than 2 years and is characterized by:

Watery diarrhea may be severe and protracted. The onset of disease may be as rapid as a few hours after ingestion of EPEC.

Although most infections resolve after a few days, persistent diarrhea requiring hospitalization can occur.

Fecal leukocytes are seen only occasionally, but more sensitive tests for inflammatory diarrhea such as an anti-lactoferrin latex bead agglutination test are frequently positive with EPEC infection.