What is a Fluorescence Microscope?

Most cellular components are colorless and cannot be clearly distinguished under a microscope. The basic premise of fluorescence microscopy is to stain the components with dyes.

Fluorescent dyes, also known as fluorophores or fluorochromes, are molecules that absorb excitation light at a given wavelength (generally UV), and after a short delay emit light at a longer wavelength. The delay between absorption and emission is negligible, generally on the order of nanoseconds.

The emission light can then be filtered from the excitation light to reveal the location of the fluorophores. 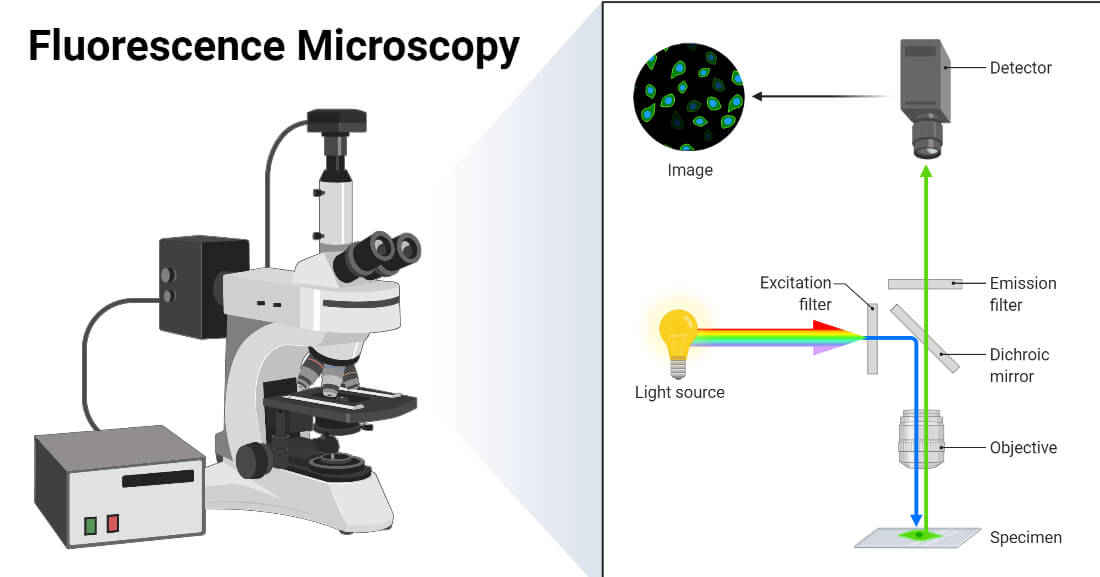 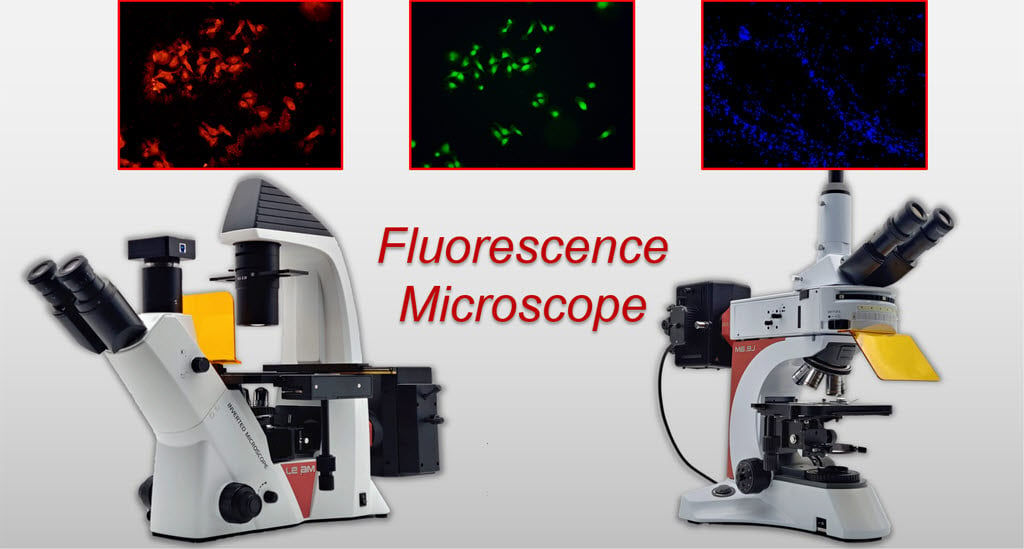 Typical components of a fluorescence microscope are: