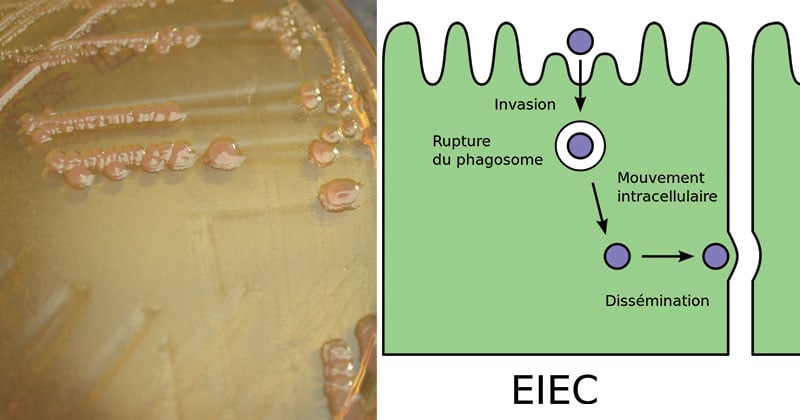 EIEC strains can be difficult to distinguish from Shigella spp and from other E. coli strains, including nonpathogenic strains. In general, identification of EIEC entails demonstrating that the organism possesses the biochemical profile of E. coli, yet with the genotypic or phenotypic characteristics of Shigella spp.