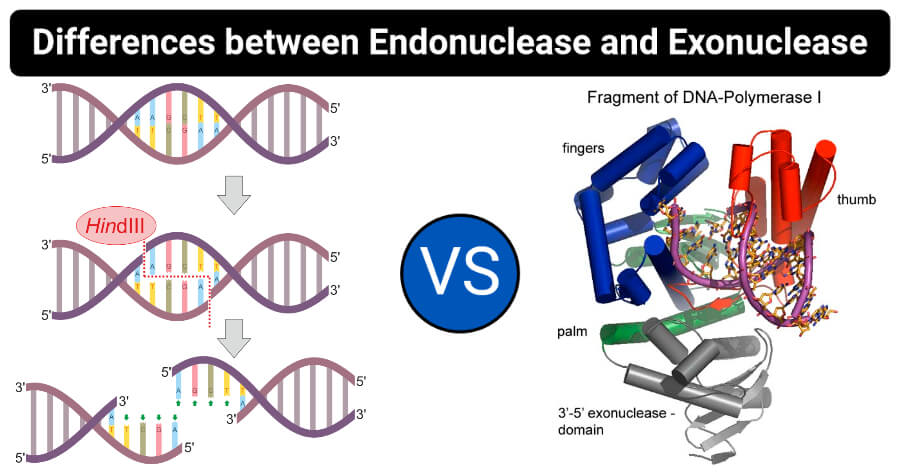 An endonuclease is a group of enzymes that cleave the phosphodiester bond present within a polynucleotide chain.

Exonucleases are enzymes that cleave DNA sequences in a polynucleotide chain from either the 5’ or 3’ end one at a time. 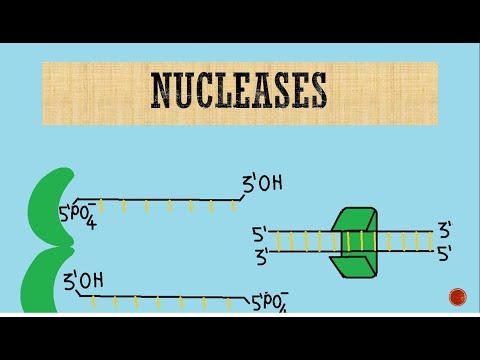