In addition, there is a point of symmetry within the palindrome. In the example, this point is in the center between the AT/AT.

Mechanism of Cleavage of Restriction Enzymes

When a restriction endonuclease recognizes a particular sequence, it snips through the DNA molecule by catalyzing the hydrolysis (splitting of a chemical bond by addition of a water molecule) of the bond between adjacent nucleotides. To cut DNA, all restriction enzymes make two incisions, once through each sugar-phosphate backbone (i.e. each strand) of the DNA double helix.

Each enzyme is named after the bacterium from which it was isolated, using a naming system based on bacterial genus, species and strain. For example, the name of the EcoRI restriction enzyme was derived as:

I- First identified: order of identification in the bacterium

Some examples of Restriction Enzymes 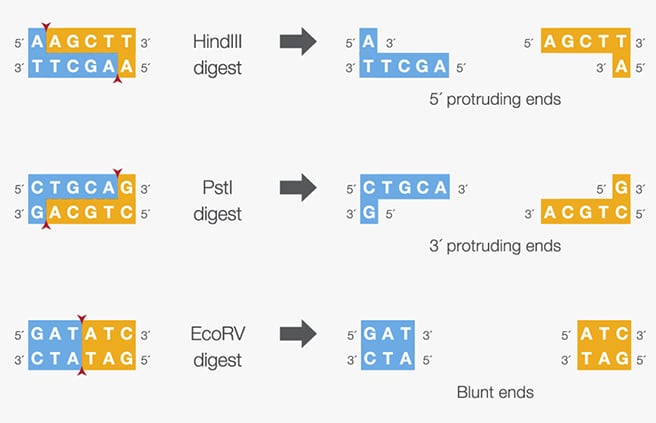