The respiratory chain is located in the cytoplasmic membrane of bacteria but in case of eukaryotic cells it is located on the membrane of mitochondria.

Components of the Electron Transport Chain 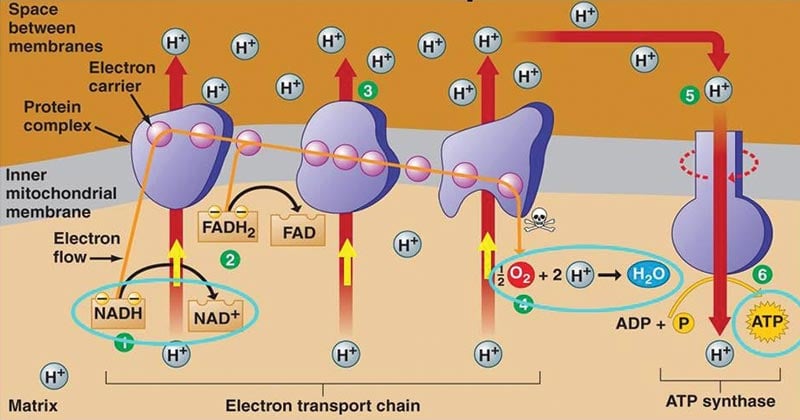 The production of ATP is coupled to the transfer of electrons through the electron transport chain to O2. The overall process is known as oxidative phosphorylation. Protons flow down their electrochemical gradient through the membrane-bound ATP synthase. The flow of protons through the ATPase allows the enzyme to synthesize ATP. 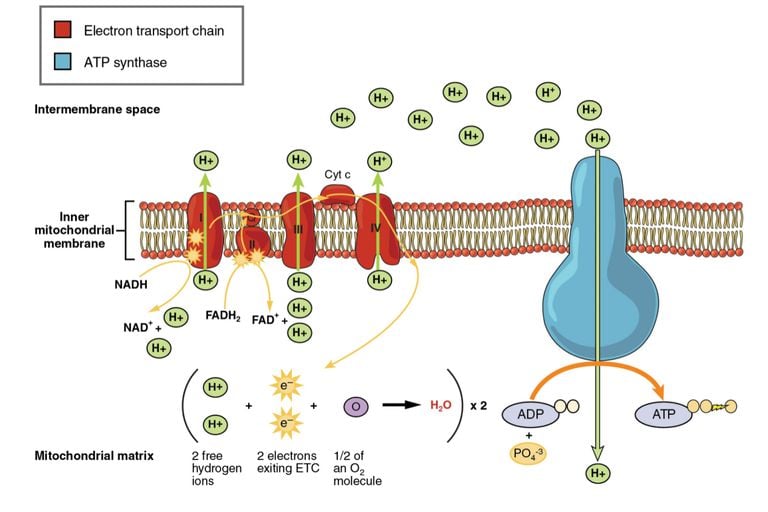