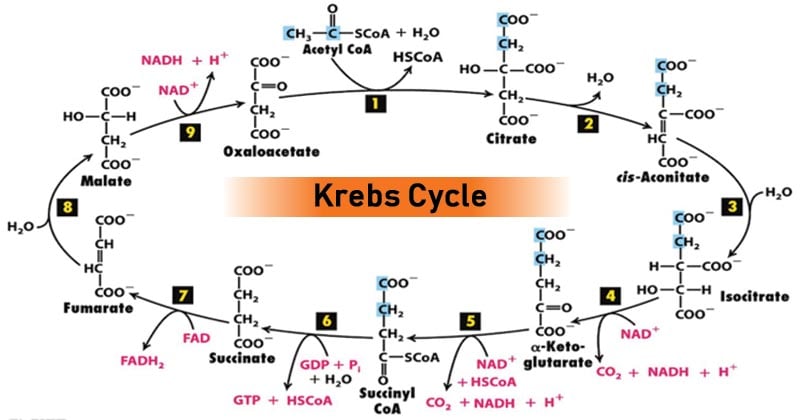 Glycolysis and the Citric acid cycle

The oxidative decaroxylation of pyruvate (end product of glycolysis) to form acetyl CoA (initiator of Kreb’s cycle) is the link between Glycolysis and the Citric acid cycle. 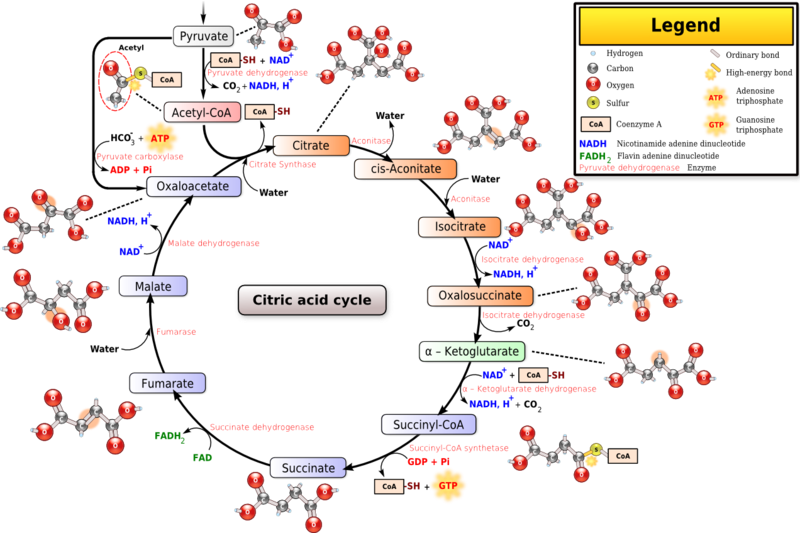 Oxidation of the carbons of acetyl-CoA to carbon dioxide requires capturing eight electrons from the molecule.

Succinate transfers two hydrogens together with their electrons to FAD, which forms FADH2. After this step, six of the eight electrons from the carbons in acetyl-CoA have been captured.

Yield of the Citric acid Cycle

Each molecule of acetyl CoA entering the citric acid cycle yields the following:

Because each NADH will eventually produce 2.5 ATP and each FADH 2 will produce 1.5 ATP through the electron transport chain, the overall ATP yield from 1 acetyl CoA is 10 ATP (7.5 from NADH, 1.5 from FADH2 , and 1 from GTP).