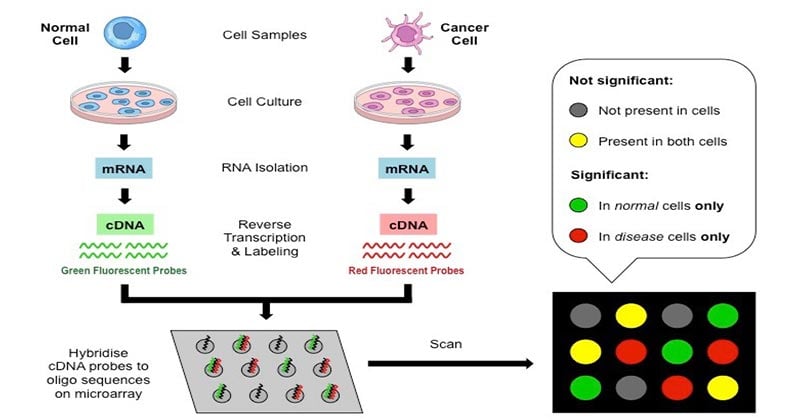 There are 2 types of DNA Chips/Microarrays:

There are certain requirements for designing a DNA microarray system, viz:

Steps Involved in cDNA based Microarray 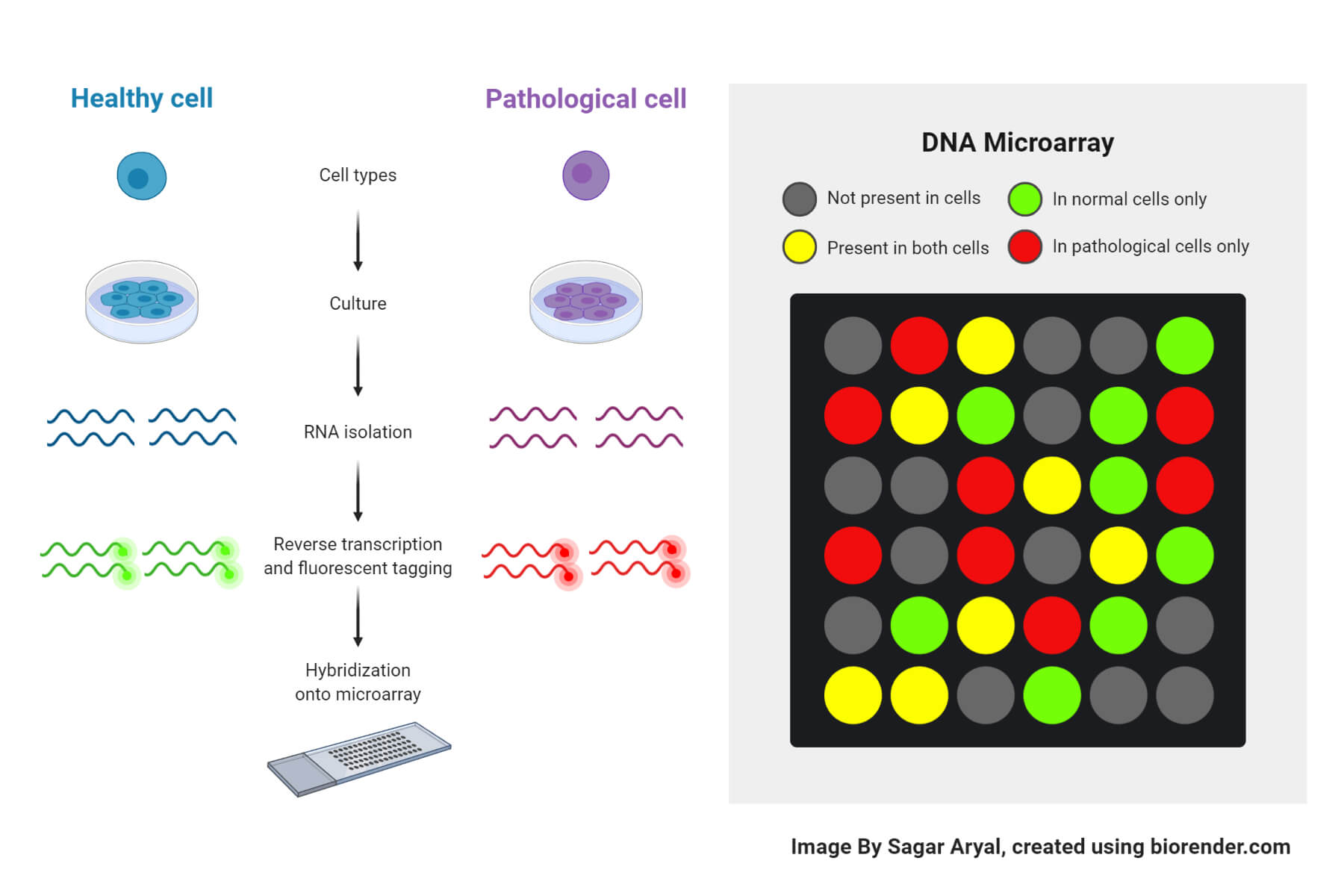 Besides, it has applications in many fields such as: