Home » Difference Between » 25 Differences between Anthrax bacilli and Anthracoid bacilli

The saprophytic organisms which simulate the anthrax bacillus closely, both in their morphological and cultural characters within the group of Gram-positive aerobic sporing bacilli are termed as Anthracoid bacilli. 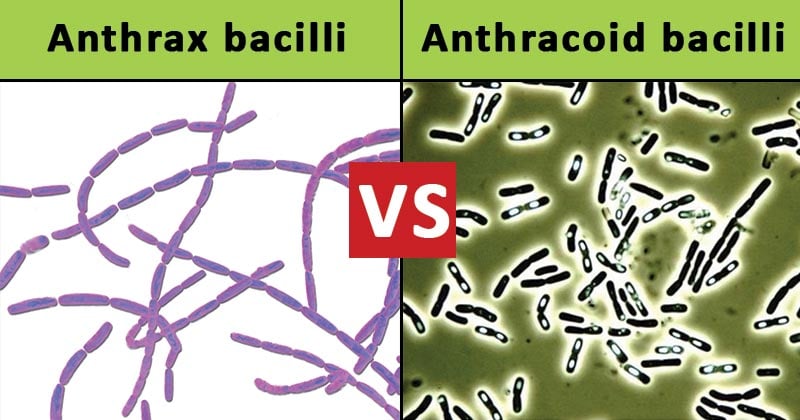 They have a general resemblance to anthrax bacilli such as producing dry wrinkled colonies and in the smear, appearing as chains of spore-bearing gram-positive bacilli.

However, they differ from anthrax bacilli in many ways as follows: