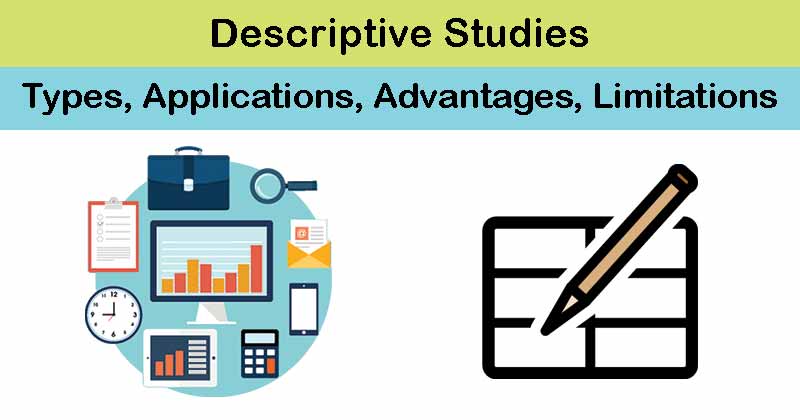 The types of descriptive studies include:

For example, the description in 1981 of four young men with a previously rare form of pneumonia was the first in a wide range of epidemiological studies on the condition that became known as the acquired immunodeficiency syndrome (AIDS).