What is Dengue and Dengue Virus?

Structure and Genome of Dengue Virus

Figure: The dengue virus structure and genome. (a) Schematic representation of structural proteins in immature and mature dengue viral particles. (b) Schematic representation of the flavivirus genome organization and expression: structural and nonstructural protein-coding regions and topology of the polyprotein in the membrane of the endoplasmic reticulum. Image Source: https://doi.org/10.1016/j.ddmec.2011.09.001. 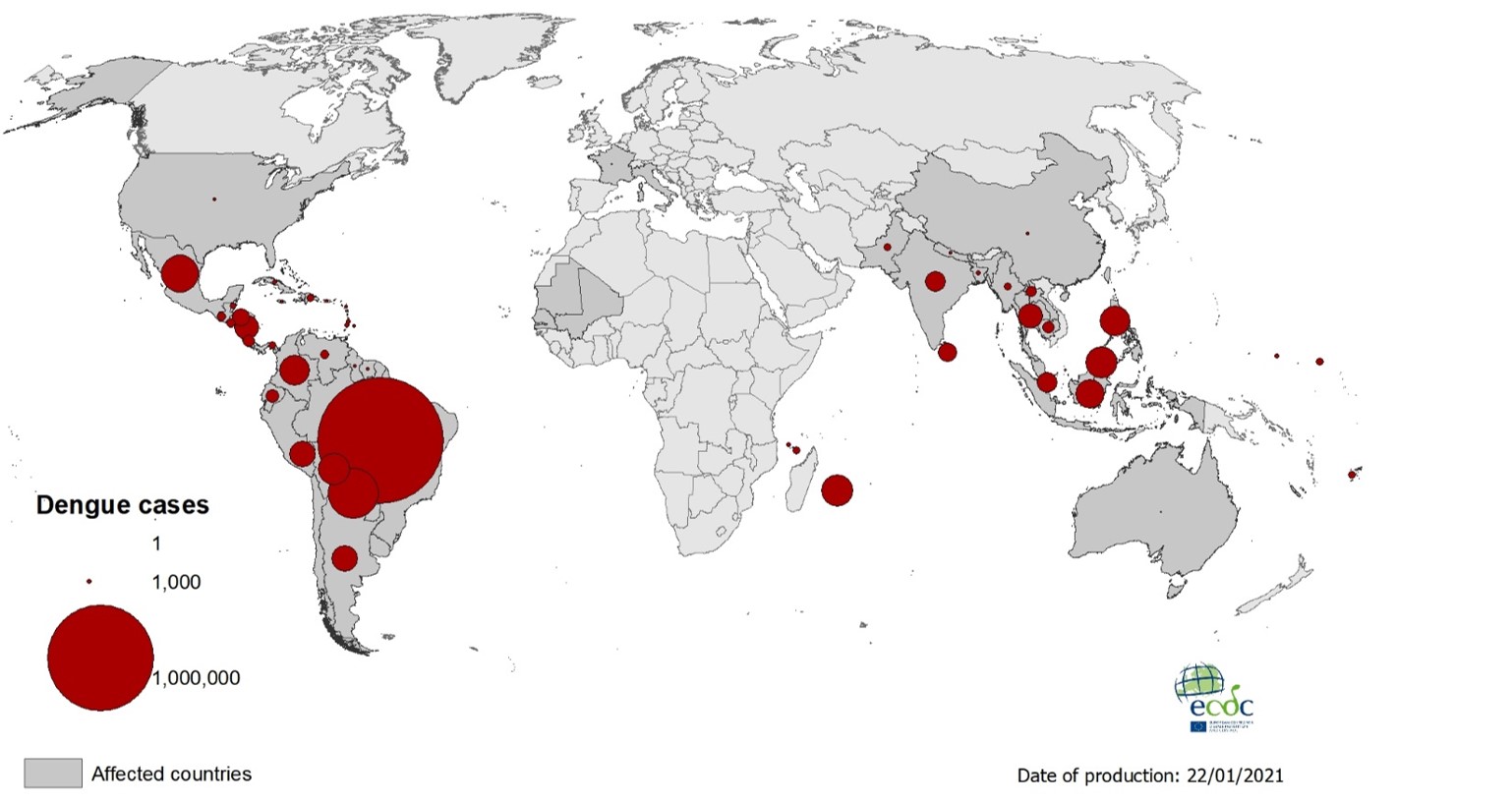 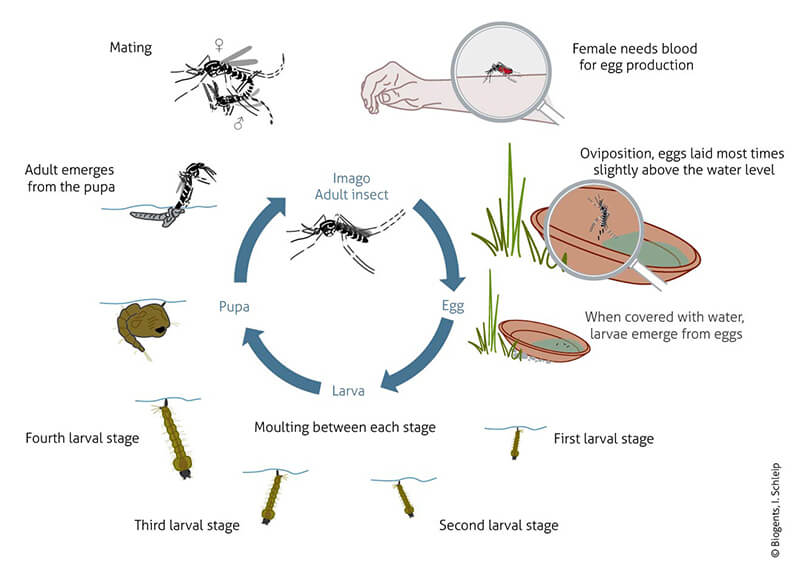 The various stages in the viral replication include: 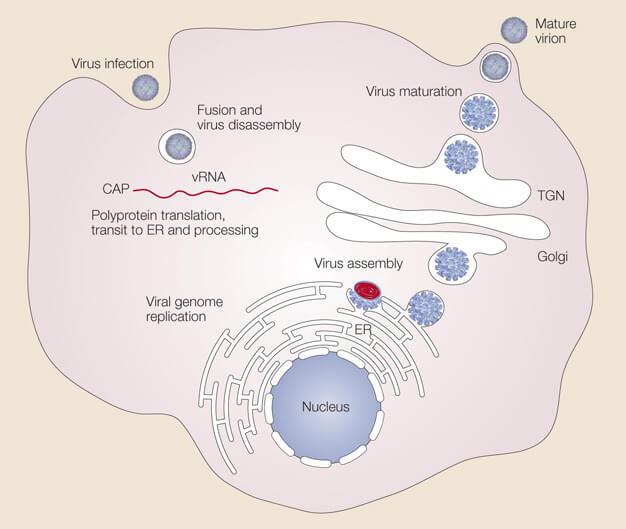 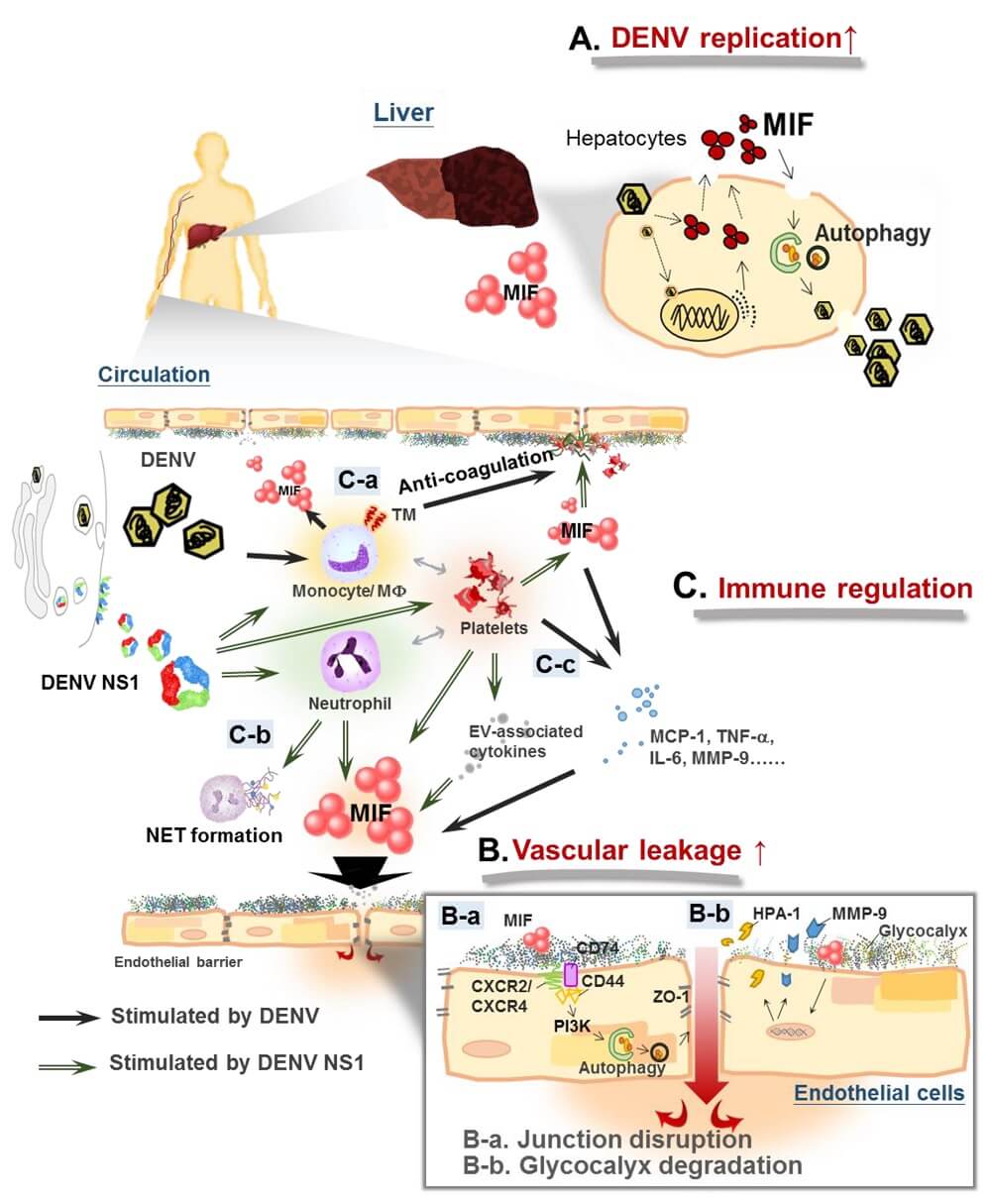 It may occur during primary or secondary infections. It is usually self-limiting and lasts for 5-7 days.  Some of the common symptoms include:

The clinical features also vary according to the age of the patients. Leukopenia and thrombocytopenia are usually observed in patients of all ages. Some cases of DF may also lead to bleeding complications like epistaxis, gastrointestinal bleeding, gingival bleeding, haematuria, and menorrhagia (in women). 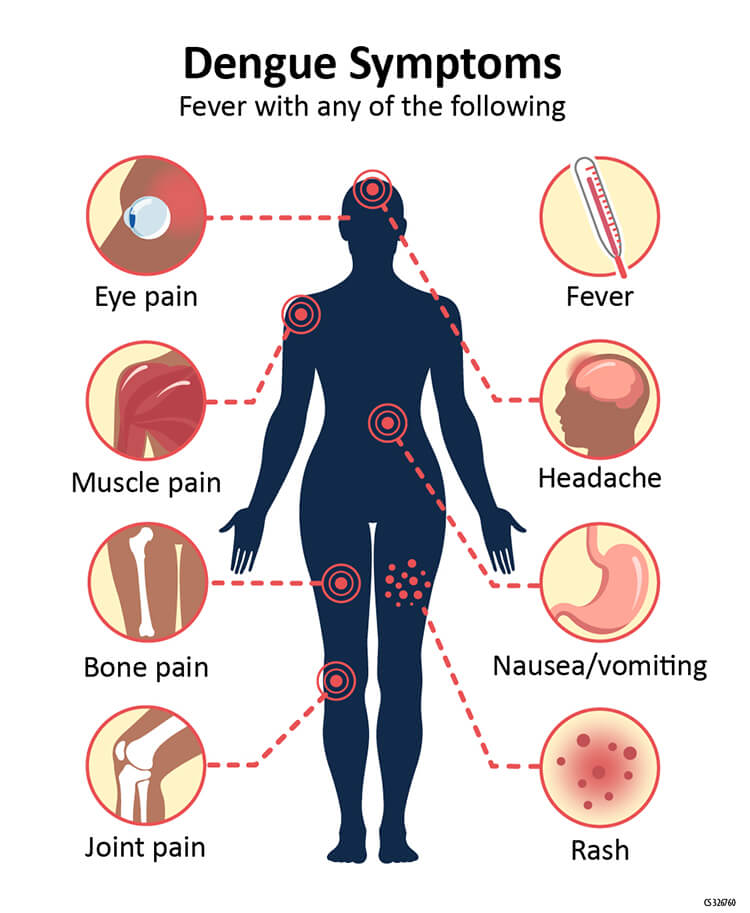 It usually occurs after secondary infection but may sometimes occur after primary infection as well. It causes an acute onset of fever for 2-7 days and the patient shows hemorrhagic manifestations with a positive tourniquet test.

Other than these, it may also cause bleeding manifestations like bleeding from gums, petechiae, haematemesis, menorrhagia in females, and circulatory disturbances like low blood pressure, tachycardia, etc. Further complications may also include encephalitis, liver failure, myocarditis, and disseminated intravascular coagulation that may lead to massive bleeding.

Prevention and control of Dengue