The carbon cycle is a biogeochemical cycle where different forms of carbon compounds are cycled through the Earth’s various systems like the atmosphere, biosphere, hydrosphere, and geosphere. 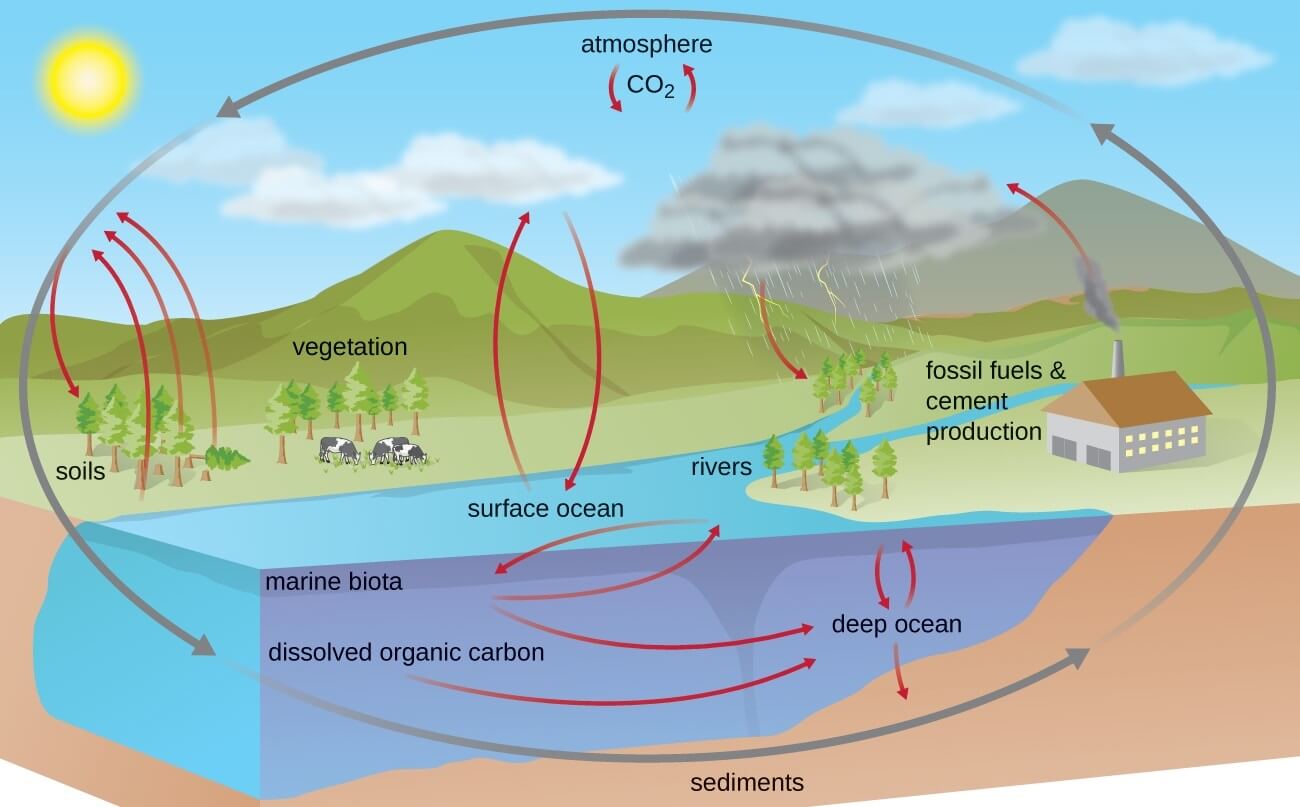 The carbon cycle consists of different geochemical reservoirs that store carbon on the Earth and the pathways that transport carbon between them. The movement of carbon through different reservoirs in the Earth occurs via different steps, all of which work together to maintain a balance on the planet. The following are the steps involved in the carbon cycle process;

1. Entry of carbon dioxide into the atmosphere

3. Movement of carbon compounds in the food chain

4. Release of carbon by decomposition

Along with the carbon cycle, there are many parallel systems that are indirectly involved in the transport of carbon through different reservoirs, to maintain a relative balance. There are different reservoirs in different ecosystems, all of which can absorb, the release of transport carbon from one form to another.

Human impacts on the Carbon Cycle