Breasts or mammary glands are a pair of structures present in the thoracic region of primates. These glands are present in both the male and female primates, but in males, these structures remain rudimentary.

Figure: Breast cancer stages are expressed as a number on a scale of 0 through IV based on size, localization, and invasiveness, with stage 0 describing localized and non-invasive cancers and stage IV describing invasive cancers that have spread outside the breast to other parts of the body. Organ-specific metastasis, namely to the brain, lungs, liver, and bones, is characteristic of metastatic breast cancers. Image Created with BioRender.com.

Tumors in the breasts can be observed to be of two types: 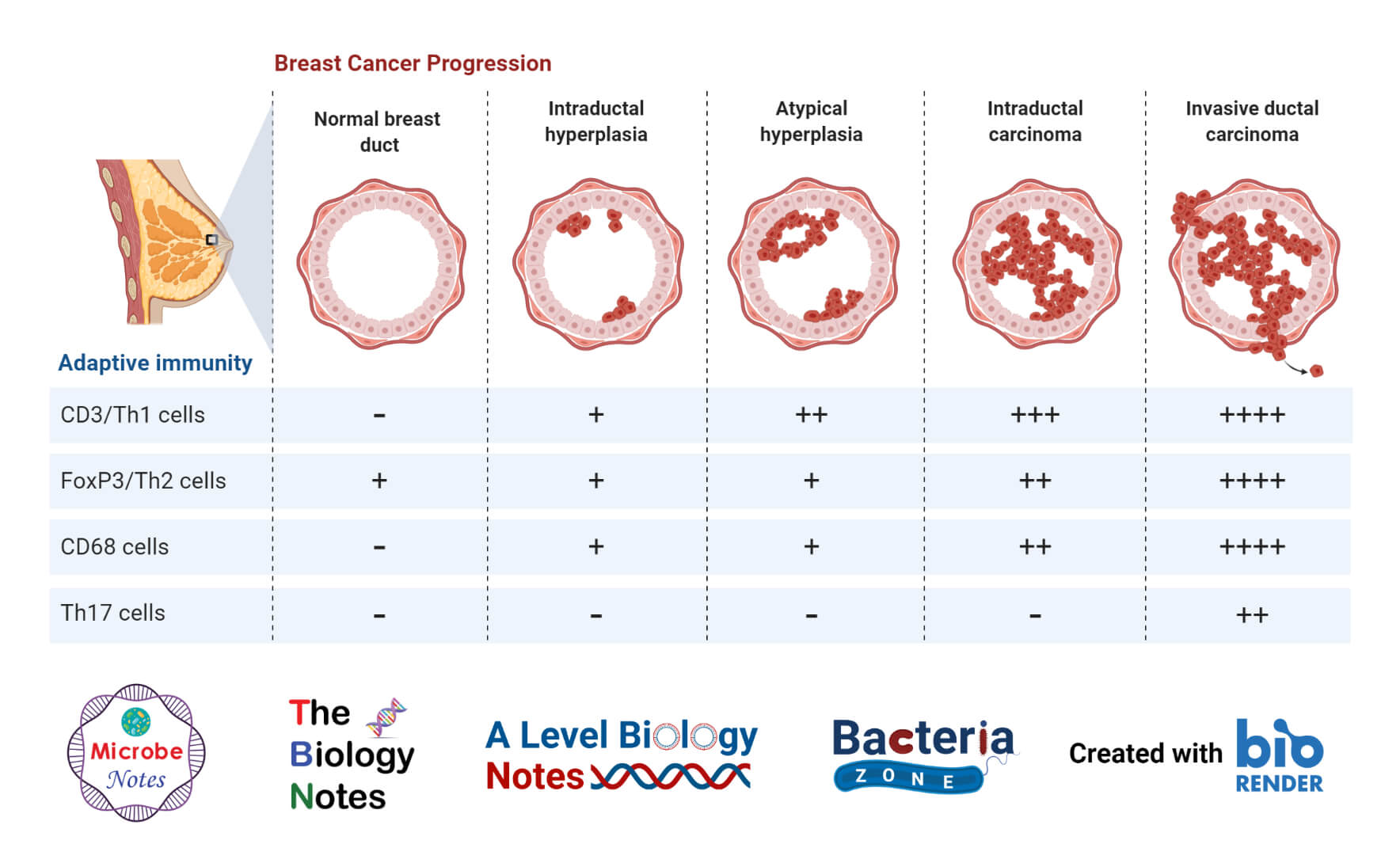