What is the Bile Esculin Test?

The bile-esculin test is a biochemical test performed to differentiate Enterococci and group D Streptococci from non-group D viridans group Streptococci on the basis of their ability to hydrolyze esculin.

The procedure of Bile Esculin Test 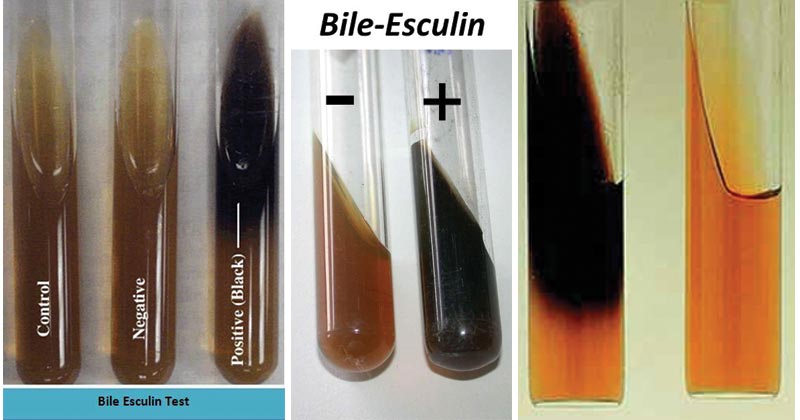 The following table demonstrates the growth of some bacteria and their bile esculin hydrolysis test :