Bacillus anthracis is the only obligate pathogenic species of Bacillus and the causative agent of anthrax, which is a common disease of livestock and occasionally occurs in humans. 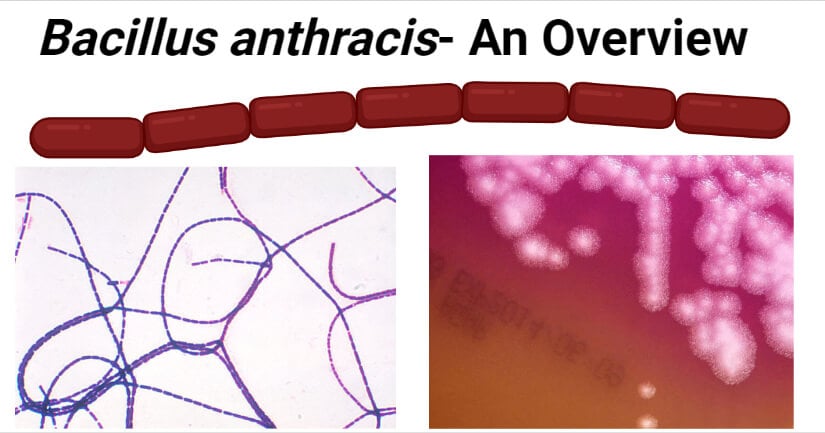 The following is the taxonomical classification of B. anthracis: 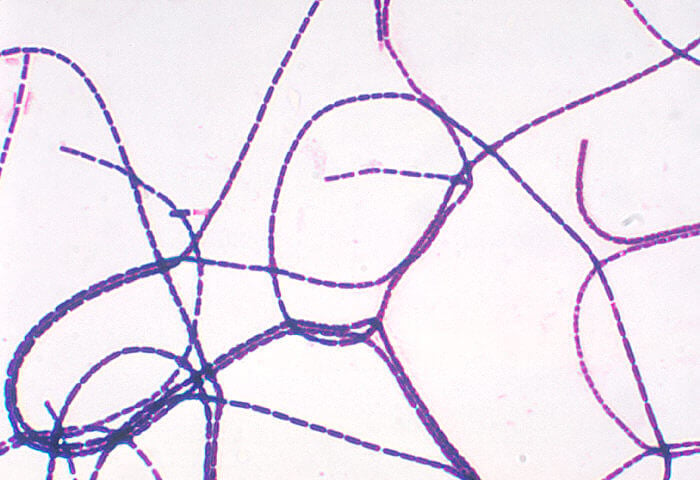 The following are some cultural characteristics of B. anthracis on different culture media: 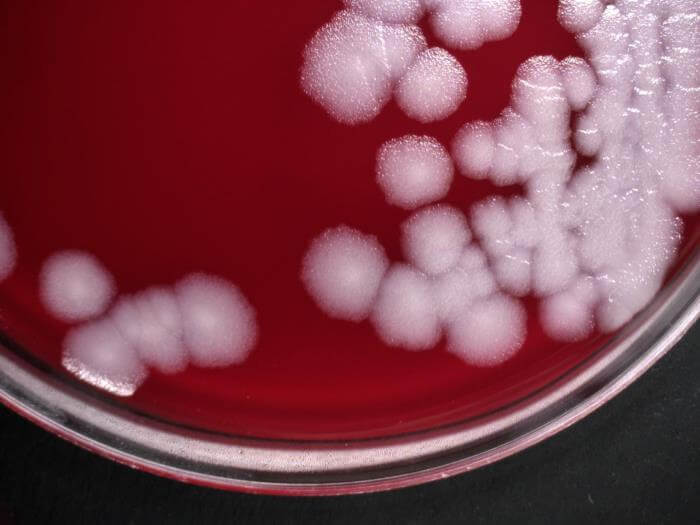 Figure: Bacillus anthracis, which were cultured on sheep blood agar (SBA) medium, for a 24-hour time period, at a temperature of 37°C. Image Credit: Todd Parker 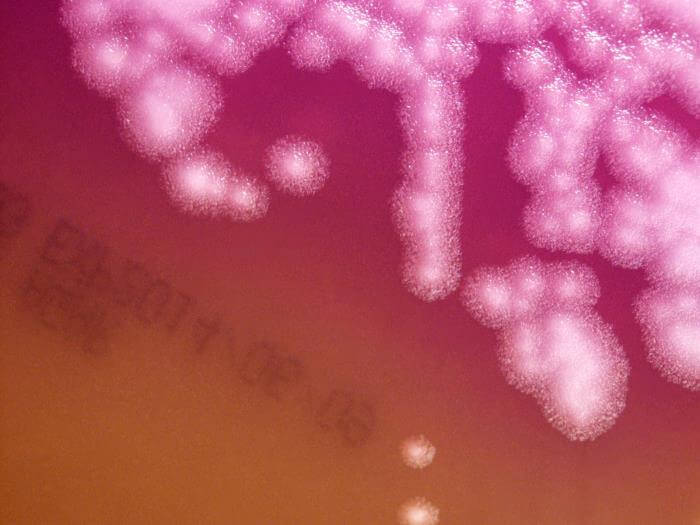 The biochemical characteristics of B. anthracis can be tabulated as follows:

Bacillus anthracis is an obligate pathogenic bacterium that is the causative agent of the disease, anthrax, occurring commonly in herbivores and less often in humans. However, animals like pigs, dogs, cats, rats, and chickens are resistant to anthrax, but the bacteria can transfer to birds after scavenging birds like vultures feed on infected dead animals. The most important factor that enables the bacteria to survive and cause infections is the ability of the bacteria to form spores. The spores are resistant against different adverse environmental conditions. Besides the three most important virulence factors of B. anthracis, there are other secreted and non-secreted factors that affect host-pathogen interactions. There are certain proteases that interfere with the immune response by cleaving the antimicrobial peptides. Other proteases like InhA1 can degrade host tissues, resulting in increased barrier permeability. B. anthracis has extraordinary virulence in the form of three primary virulence factors;

The cycle of infection of B. anthracis begins with the ingestion of spores, which in the case of animals occurs from the soil while in humans, it is transmitted from the animals after frequent exposure. The extraordinary virulence of the bacteria is due to the virulence factors that enable the survival of the bacteria as well as its ability to cause destruction of the host cell during its infectious life cycle. The overall pathogenesis of B. anthracis can be described in the following steps;

The infection caused by B. anthracis is called anthrax which exits in three different forms depending on the route of entry of the bacteria. The most common form of anthrax infection is cutaneous anthrax which accounts for about more than 90% of all human cases. The other two forms of anthrax are gastrointestinal anthrax and pulmonary or inhalation anthrax. B. anthrax is also associated with meningitis.

B. anthracis as a bioterrorism agent