Alternaria spp are a group of Ascomycete fungi that are known for their saprophytic nature in decomposing soil and plants. They are ubiquitous, found in soil, air, and plants. They have a clinical impact as well as, it is a plant pathogen.

There are over 299 species of Alternaria spp with the most commonly known species including:

Some species are endophytic, living on plant parts such as seeds and fruits and can cause plant and fruit damage such as the mango rot. The clinical significance of some species in causing animal infections to include allergic (hypersensitivity) pneumonitis. Alternaria alternata is a causative agent of subcutaneous phaeohyphomycosis and mycotic keratitis. It is the most common species in this group of fungi. 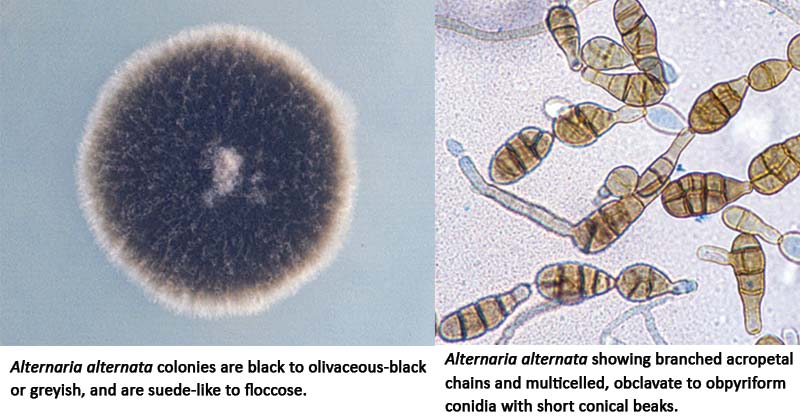 Image Source: The University of Adelaide. 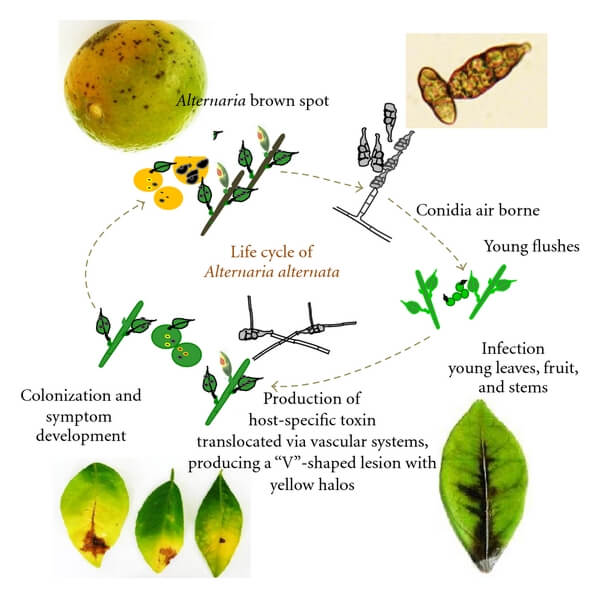 In plants, Alternaria alternata causes infections such as Brown and Black spot on the leaves of plants and mycotoxicosis.

Image: Morphological characteristics, growth pattern, colony morphology, and microscopic examination of three potent toxic isolates of Alternaria species collected from different regions in India. All the Alternaria isolated were grown on PDA culture media and incubated at 28 °C for 12 h light/dark photoperiod. The pictures of the colonies were taken on the 6th day after the incubation of the pathogen. Image Source: Scientific Reports (Mukesh Meena et al.)