What is Acetamide Utilization Test?

The Acetamide utilization test is one of the many biochemical tests performed for the identification of aerobic organisms.

The composition of Acetamide Agar is listed below:

Acetamide agar is also available commercially and might have a different composition.

Preparation of the media 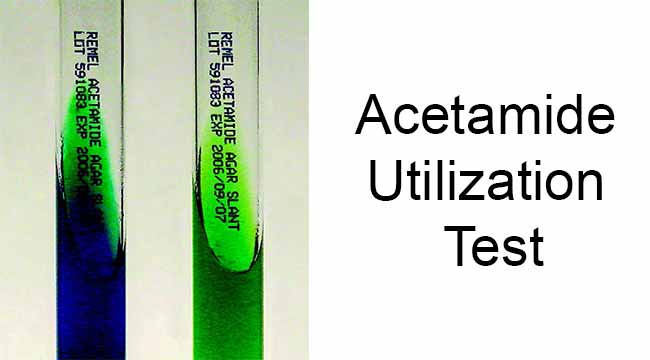 As a form of quality control for the acetamide utilization test, two different organisms can be taken as a positive and negative control.