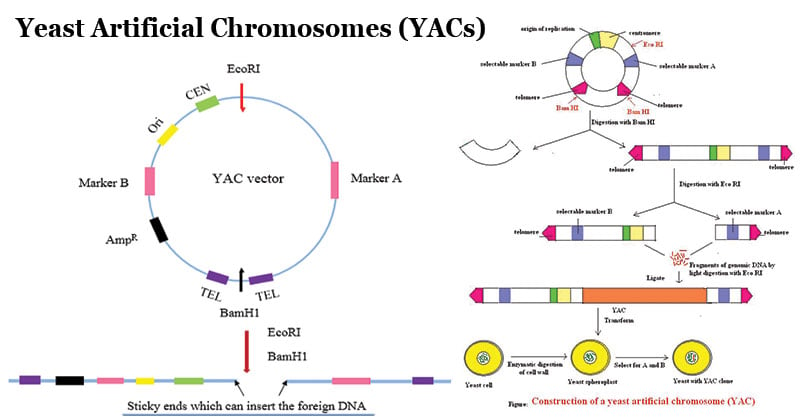 A yeast artificial chromosome cloning vector consists of two copies of a yeast telomeric sequence (telomeres are the sequences at the ends of chromosomes), a yeast centromere, a yeast ars (an autonomously replicating sequence where DNA replication begins), and appropriate selectable markers.

The yeast artificial chromosome, which is often shortened to YAC, is an artificially constructed system that can undergo replication. The design of a YAC allows extremely large segments of genetic material to be inserted. Subsequent rounds of replication produce many copies of the inserted sequence, in a genetic procedure known as cloning.