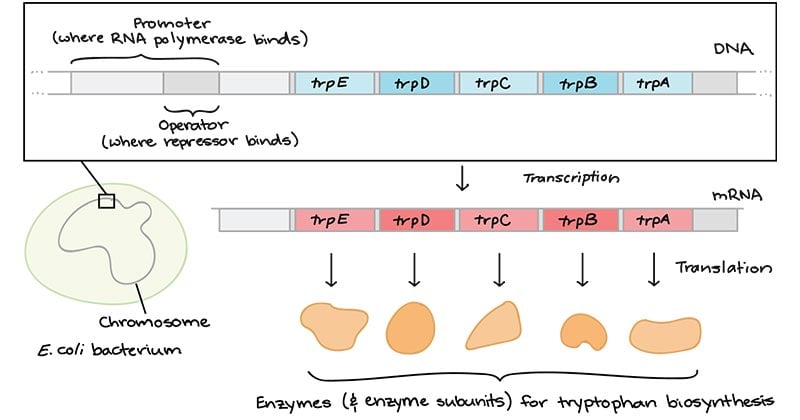 In the Absence of Tryptophan

In the Presence of Tryptophan 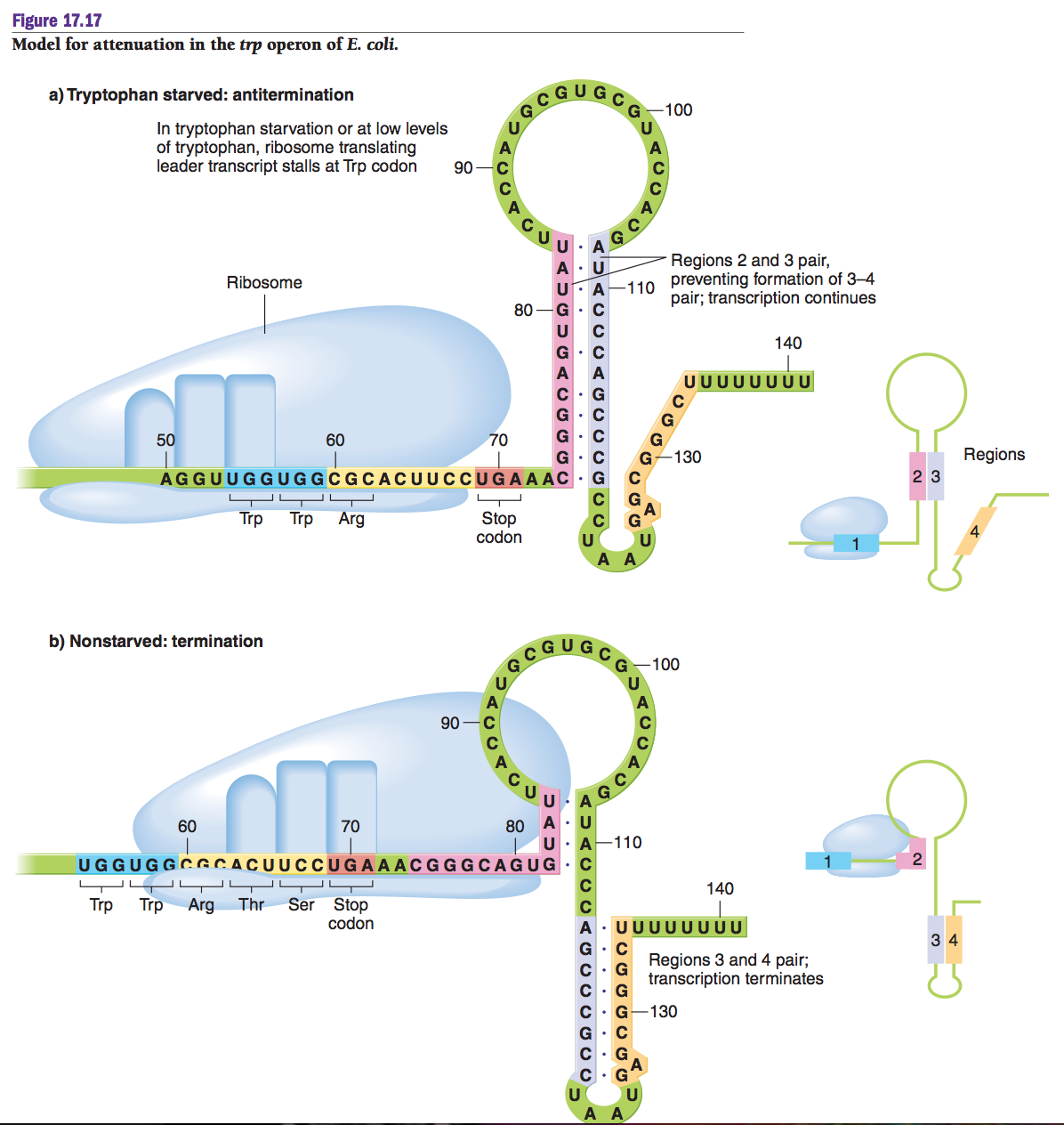 The leader sequence contains four regions (numbered 1–4) that can form a variety of base paired stem-loop (‘hairpin’) secondary structures.

Attenuation depends on the fact that, in bacteria, ribosomes attach to mRNA as it is being synthesized and so translation starts even before transcription of the whole mRNA is complete.

Hence the availability of tryptophan controls whether transcription of this operon will stop early (attenuation) or continue to synthesize a complete polycistronic mRNA. 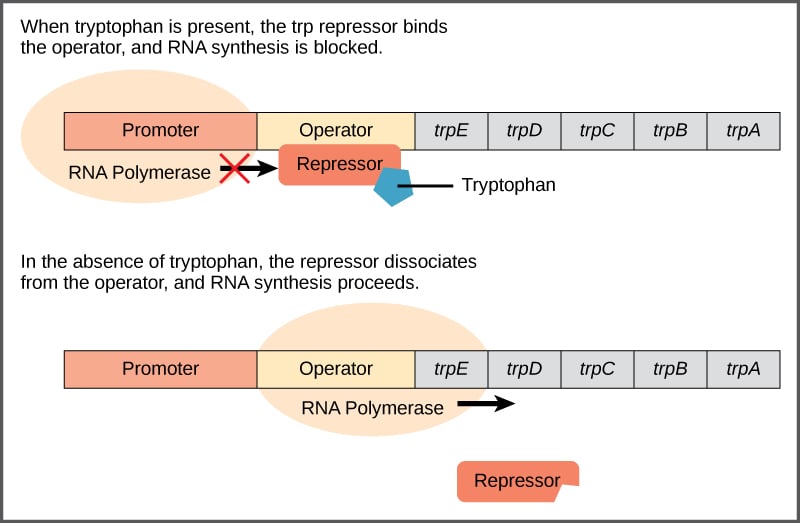 Overall, for the trp operon, repression via the trp repressor determines whether transcription will occur or not and attenuation then fine tunes transcription.