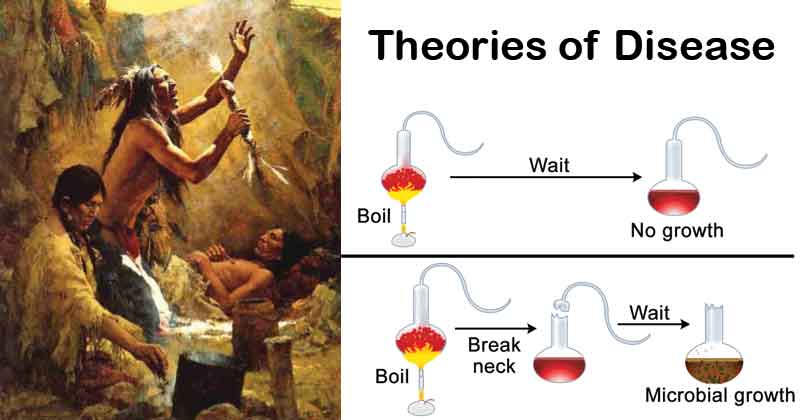 There are four main types of diseases:

In addition to that, diseases may be communicable or non-communicable.

Theories of Disease: Then and Today

2. The Theory of Humor

3. The Theory of Contagion