Telophase is the fifth phase of mitosis and the final phase of meiosis as well. In meiosis, there are two phases of telophase I and telophase II. This is the stage of separation of duplicate genetic materials that are carried in the cell nucleus of the parent cells. They end up forming two identical daughter cells. Telophase starts after replication when the paired chromosomes are separated and have been pulled to the opposite poles of the cell.

What happens during Telophase?

During telophase, nuclear membrane forms around each set of chromosomes. This separates the nuclear DNA from the cytoplasm. The chromosomes then start to uncoil becoming diffuse and less compact. This phase is followed by cytokinesis which divides the cytoplasm of the parental cell to two daughter cells. 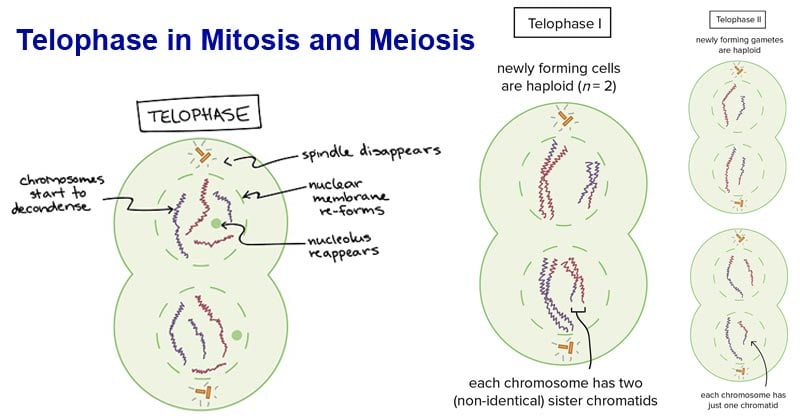 Telophase in mitosis is significantly an extension of anaphase and metaphase that is controlled by the dephosphorylation of the mitotic cyclin-dependent kinase (CDK) substrate. There are various mechanisms that take place within this phase which leads to the formation of new daughter cells. These include: 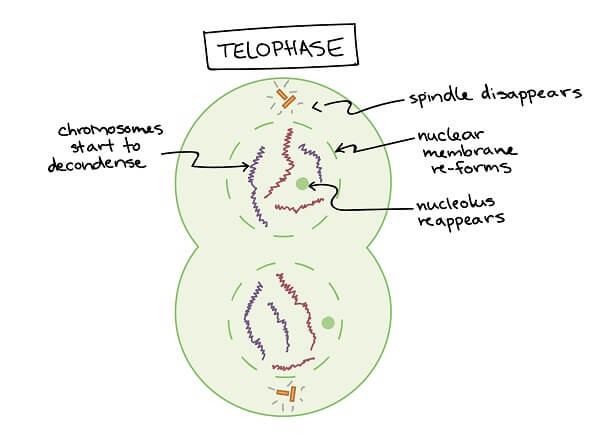 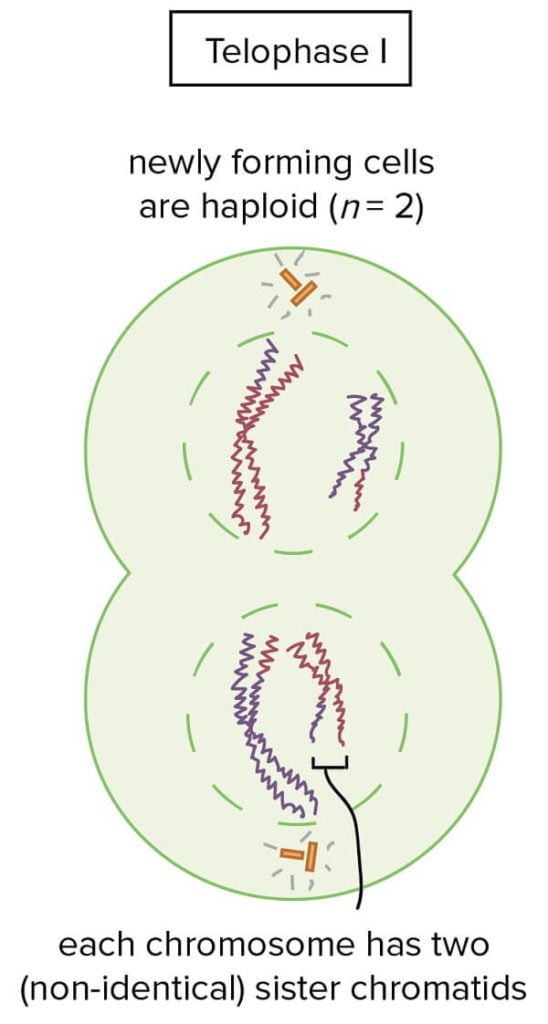 Video Animation: What happens in telophase? By MooMooMath and Science.