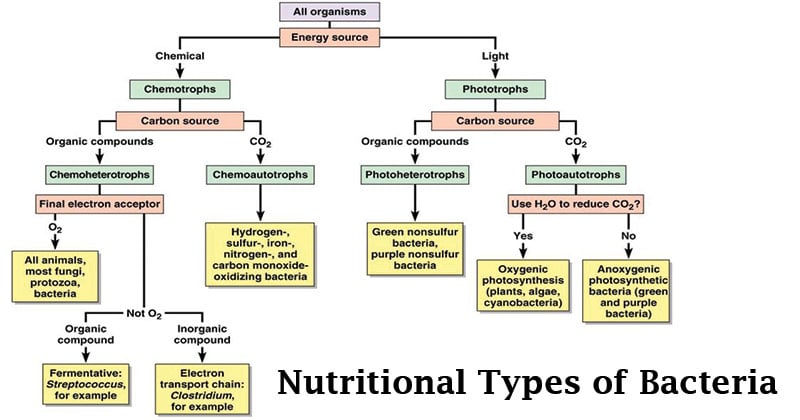 On the basis of energy source organisms are designated as:

On the basis of electron source organisms are designated as:

Thus, bacteria may be either:

On the basis of carbon source bacteria may be:

These bacteria synthesize all their food from inorganic substances (H2O, C02, H2S salts).

The autotrophic bacteria are of two types:

These bacteria use hydrogen sulfide (H2S) as hydrogen donor. The reaction takes place in the presence of light and pigment termed as bacteriovirdin or bacteriopheophytin or chlorobium chlorophyll e.g., Chlorobium limicola, Chlorobacterium etc.

These bacteria take hydrogen from inorganic sources like sulphides and thiosulphates. Therefore, these bacteria are also known as photolithographs.

4 thoughts on “Classification of Bacteria on the basis of Nutrition”