Strongyloides stercoralis is a parasitic roundworm that causes strongyloidiasis. It is commonly called a threadworm in the US. It is the smallest nematode known to cause infection in humans. They are unique among nematode because it has both parasitic and free-living form. 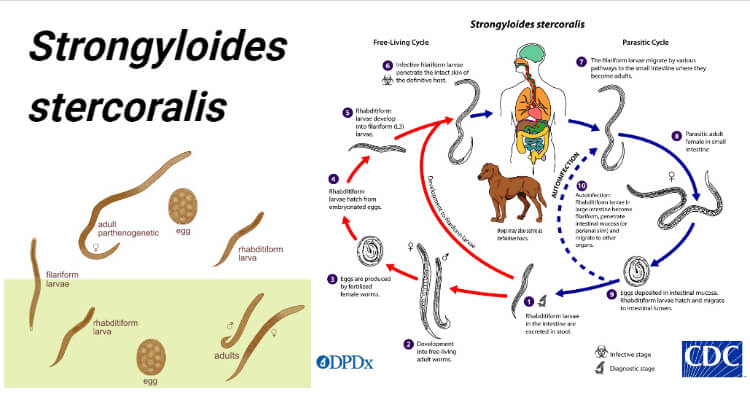 Image Source: The Australian Society for Parasitology and CDC.

* Its uterus intertwined, giving the appearance of a twisted thread, hence their common name is threadworm. 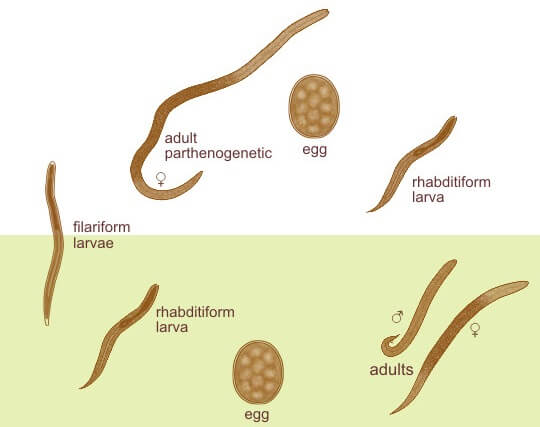 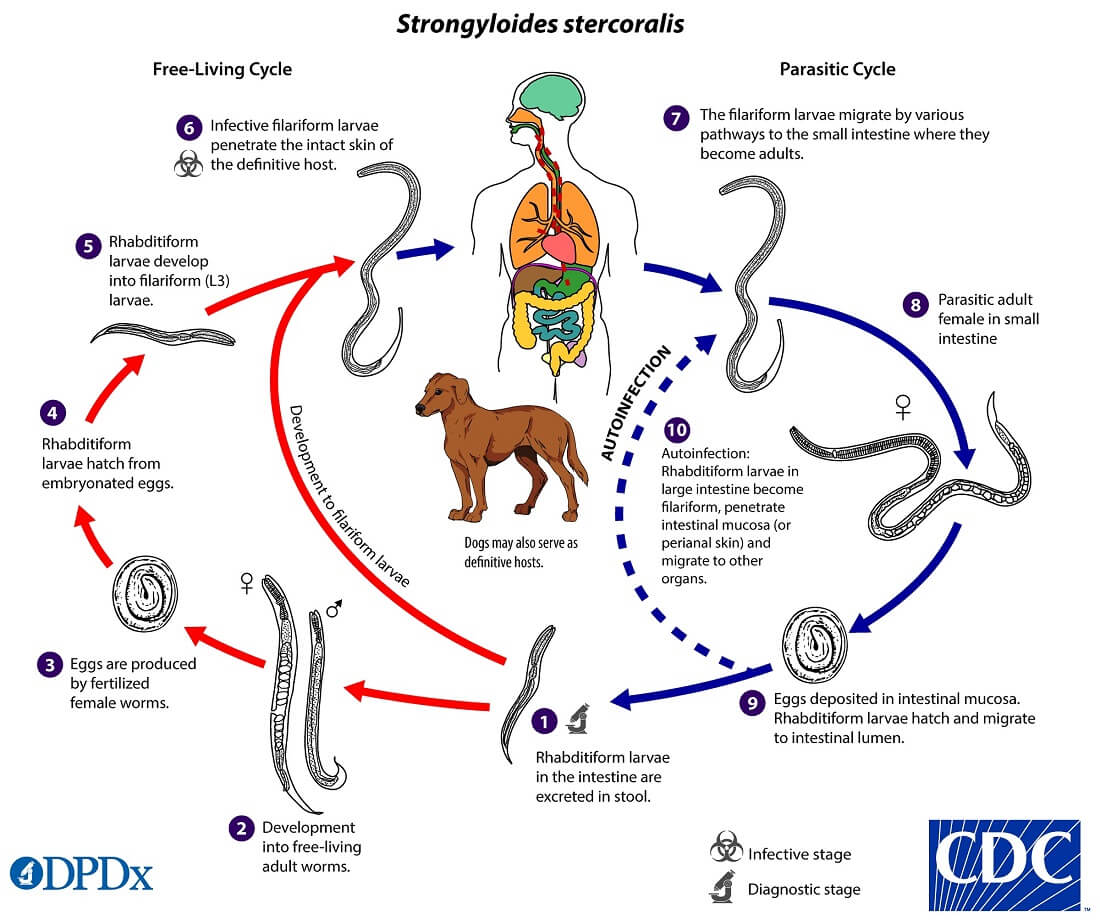 The life cycle of S. stercoralis is complex because of the multiplicity of pathways through which it can develop. It is unique among human nematodes as it has a  free-living soil cycle and a parasitic cycle, in which it can persist for long periods in soil by feeding on soil bacteria, passing through several generations. 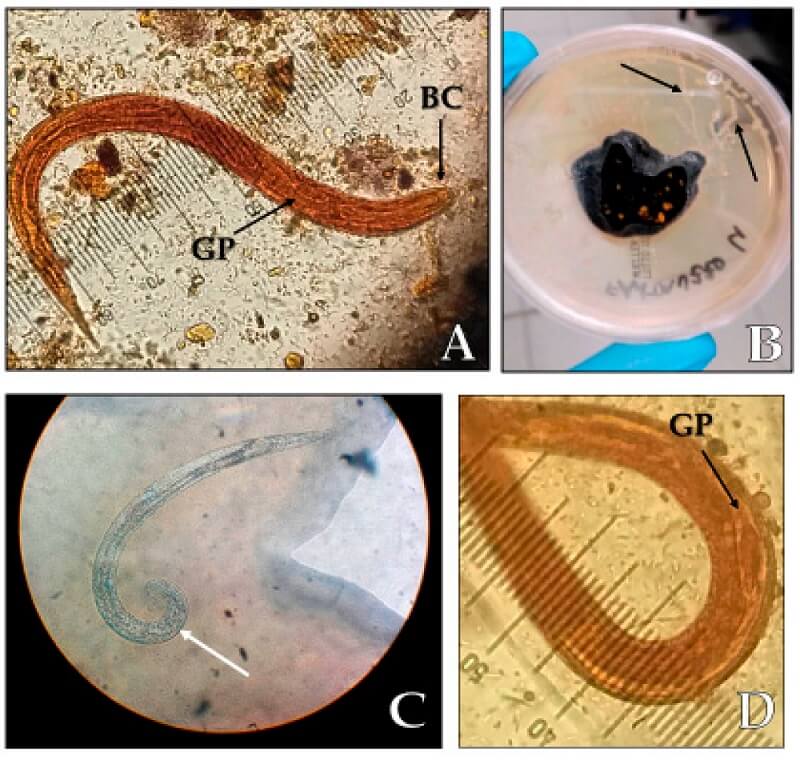 Laxmi Neupane is doing her Ph.D. in Pharmaceutical Biotechnology at Helmholtz Institute for Pharmaceutical Research Saarland (HIPS), Saarbrucken, Germany. She did her Master’s degree (M.Sc.) in Medical Microbiology from the Central Department of Microbiology, Tribhuvan University, Kathmandu, Nepal, and her bachelor’s degree (B.Sc.) in General Microbiology from Pinnacle Academy, Kathmandu, Nepal. Her research interest is in isolating antimicrobial myxobacteria from the soil sample.