The spleen is a large, encapsulated, bean-shaped organ that is situated on the left side of the body below the diaphragm. The spleen contains T and B lymphocytes as well as many phagocytes and is a major component of the mononuclear phagocyte system. Although the structure resembles that of the large lymph nodes, the spleen differs from a lymph node in having no lymphatic drainage, and also in containing large numbers of red cells. 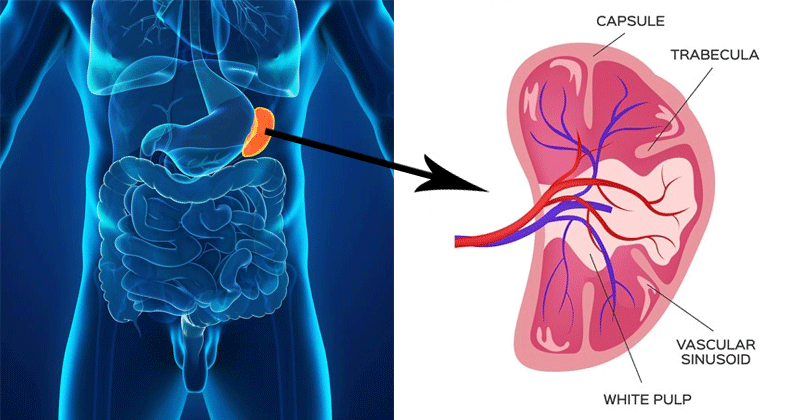 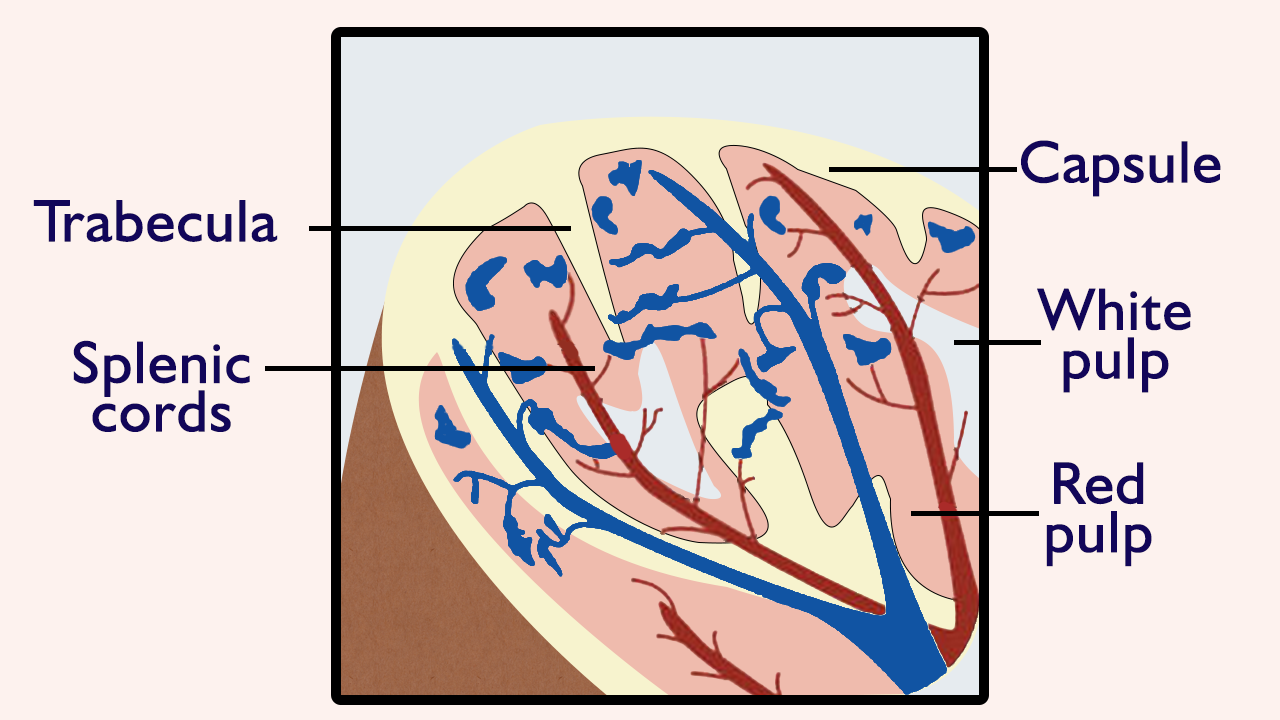