Spirogyra is a green alga that is mostly found in freshwater in the form of clumps. These are also called Water silk or Mermaid’s tresses. 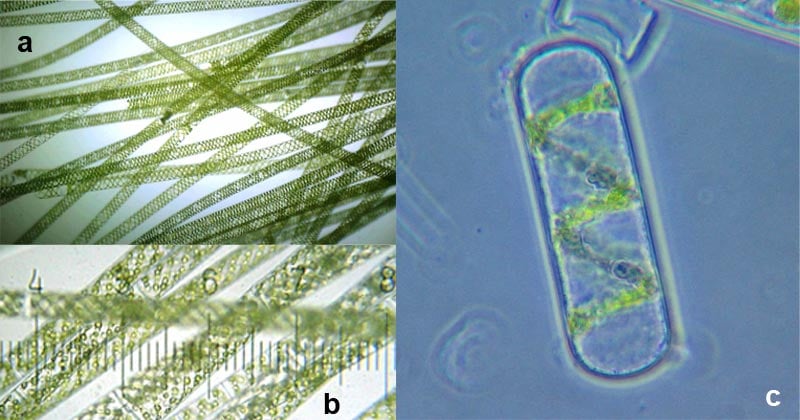 Asexual reproduction is less common among Spirogyra, but it occurs in some species under unfavorable conditions by means of the formation of asexual spores like aplanospores, akinetes, and zygospores.

The following table provides some characteristics of some species of Spirogyra that can be used for their identification: