Speciation is the process of formation of a new genetically independent group of organisms, called species, through the course of evolution.

Speciation occurs as a result of several factors which are:

Speciation process (how does speciation occur?)

Classically, speciation has been observed as a three-stage process: 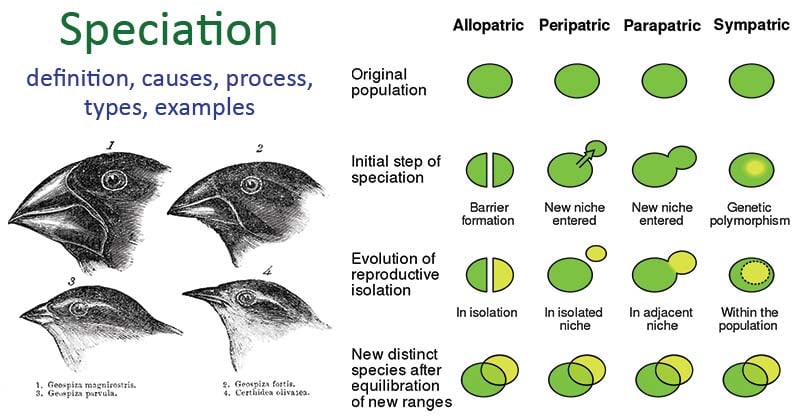 The modes of speciation are: