Southern blot is the process of transfer of DNA fragments that are separated by electrophoresis onto a membrane for immobilization and identification.

a. Restriction digestion of DNA 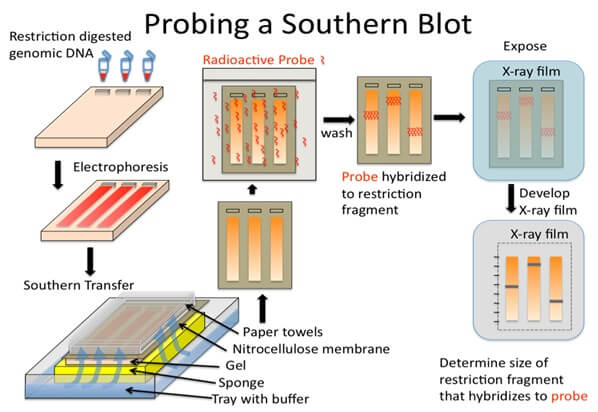