Soil formation or pedogenesis is the process of evolution of soil under the influence of various physical, biological, climatic, and geological factors. Soil formation occurs via a series of changes to the parent material, all of which lead to the formation of layers of soil, also called soil horizons. These layers can then be separated on the basis of the composition and other physical properties.

There are five particular factors that influence the process of soil formation; 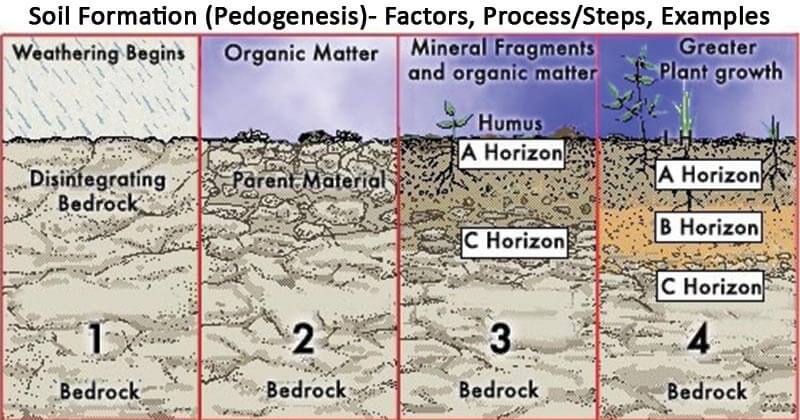 The soil formation process begins with a parent material that determines the mineral composition and widely contributes to the chemical and physical properties of the soil. There are several ways or mechanisms involved in soil formation;

B. Accumulation of materials