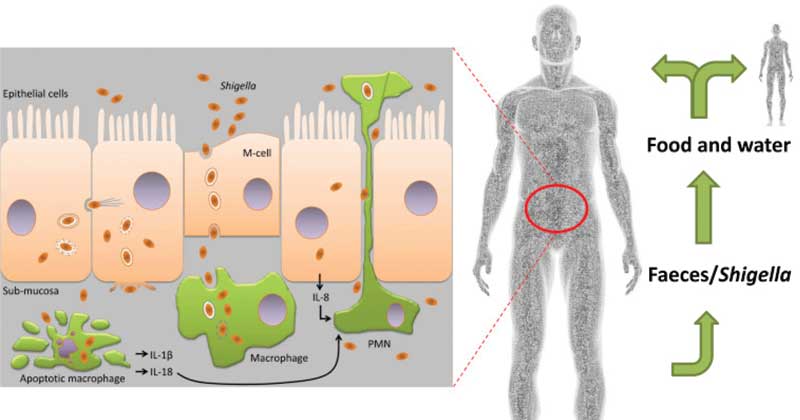 Shigellosis is characterized by: