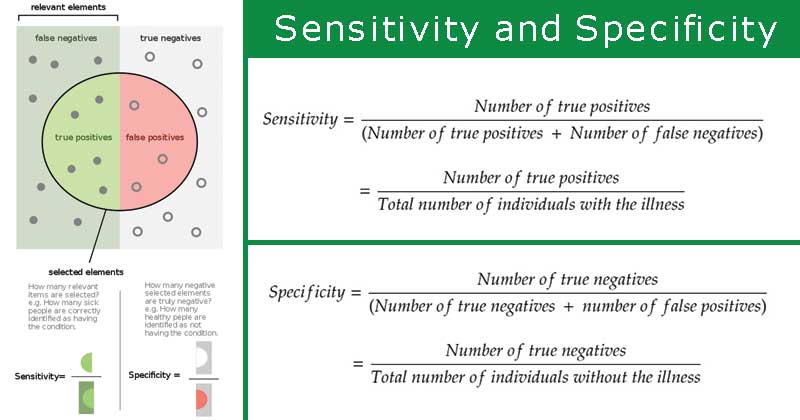 The specificity of a test is expressed as the probability (as a percentage) that a test returns a negative result given that that patient does not have the disease.

The following equation is used to calculate a test’s specificity:

Relationship between Sensitivity and Specificity