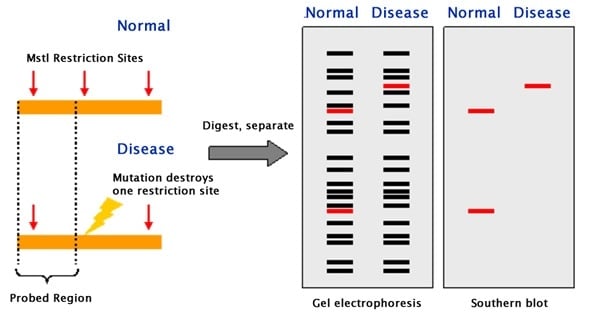 If two organisms differ in the distance between sites of cleavage of a particular restriction endonuclease, the length of the fragments produced will differ when the DNA is digested with a restriction enzyme. The similarity and differences of the patterns thus generated can be used to differentiate species (and even strains) from one another. 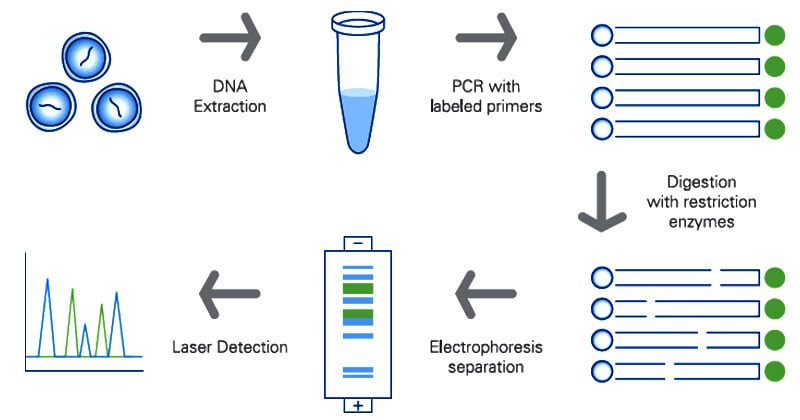 RFLP analysis was formerly an important tool in genome mapping, localization of genes for genetic disorders, determination of risk for disease, and paternity testing.

RFLP can be used in many different settings to accomplish different objectives: