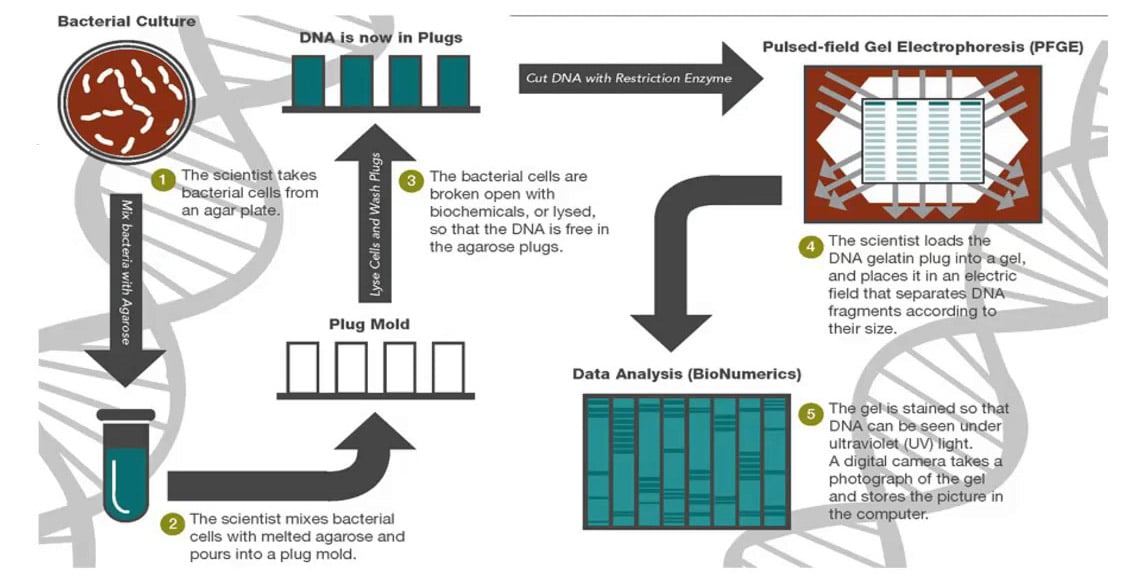 While in general small fragments can find their way through the gel matrix more easily than large DNA fragments, a threshold length exists above 30–50 kb where all large fragments will run at the same rate, and appear in a gel as a single large diffuse band.

However, with periodic changing of field direction, the various lengths of DNA react to the change at differing rates. That is, larger pieces of DNA will be slower to realign their charge when field direction is changed, while smaller pieces will be quicker. Over the course of time with the consistent changing of directions, each band will begin to separate more and more even at very large lengths. Thus separation of very large DNA pieces using PFGE is made possible. 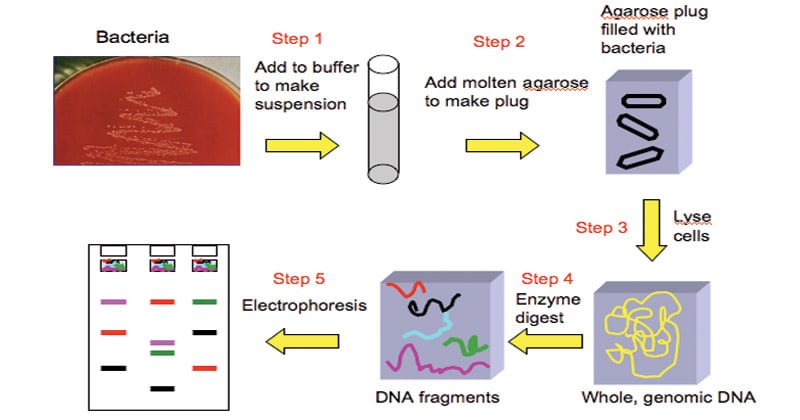 The major steps involved in Pulsed-field gel electrophoresis are: