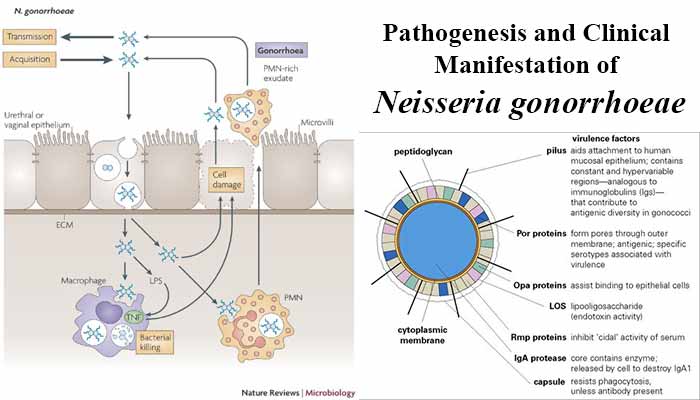 Gonococci most often colonize the mucous membrane of the genito -urinary tract or rectum. There, the organisms may cause a localized infection with the production of pus or may lead to tissue invasion, chronic inflammation, and fibrosis. A higher proportion of females than males are generally asymptomatic, and these individuals act as the reservoir for maintaining and transmitting gonococcal infections.

1 thought on “Pathogenesis and Clinical Manifestation of Neisseria gonorrhoeae”