Oogenesis is the female version of gametogenesis. It is the process of formation of female gamete or ovum, necessary for sexual reproduction. 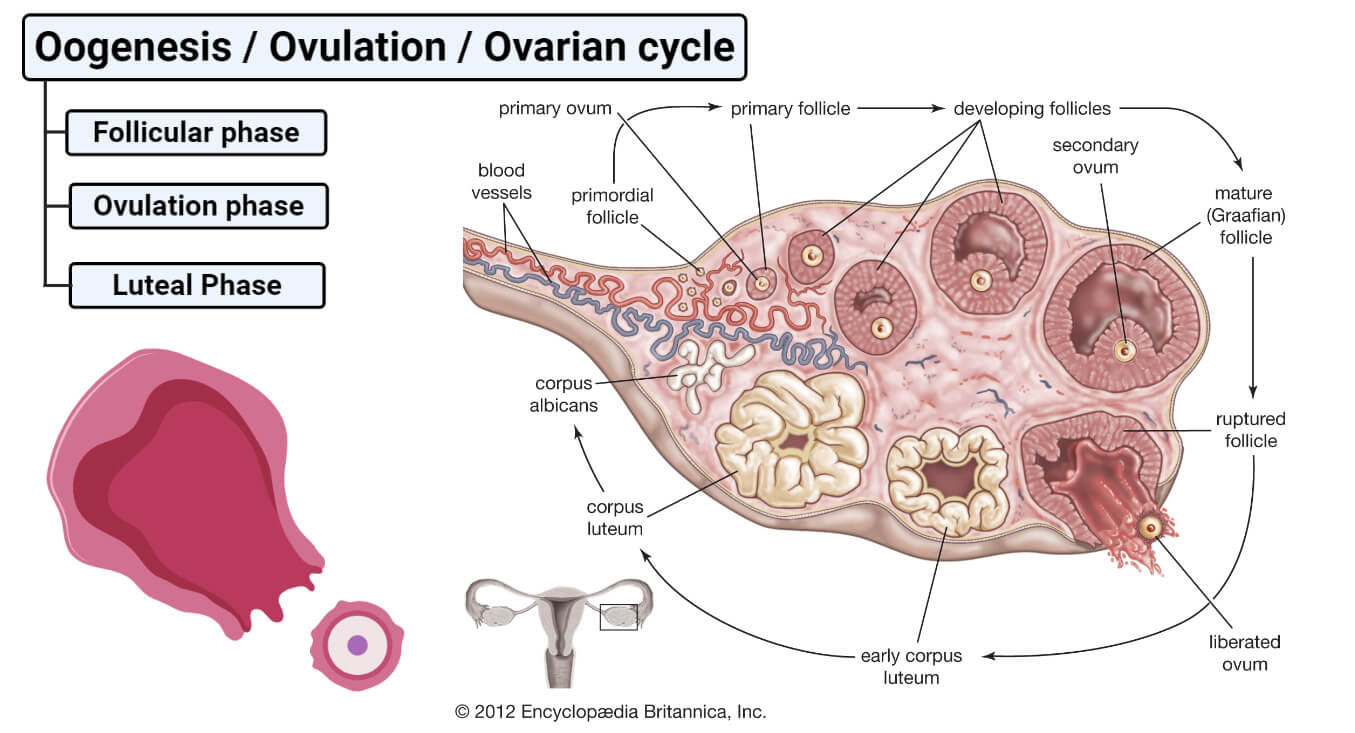 The ovarian cycle is divided into three phases: