A mutualism is a form of interaction between organisms of two or more species where all the species benefit from the interaction. 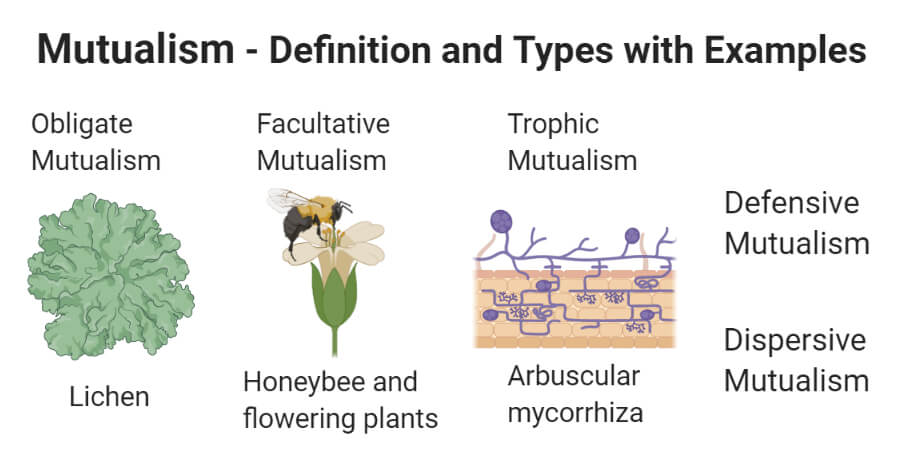 Mutualism is of different types depending on various factors. Two important factors resulting in different mutualistic systems are the number of species and the degree of obligateness of the interaction. The following are some of the types of mutualism;