MRS Broth is an improved medium for lactobacilli, it supports good growth and is particularly useful for a number of fastidious strains which grow poorly on other general media. It was originally developed in 1960 by De Man, Rogosa & Sharpe, the medium can be used for confirmatory tests on organisms isolated on MRS Agar. It contains enzymatic digest of animal tissue, beef extract, and yeast extract, which are the carbon, nitrogen, and vitamin sources used to satisfy general growth requirements in MRS Broth medium. Dextrose is the fermentable carbohydrate incorporated in the medium.  Sodium Acetate in broth is an inhibitory agent. Sodium Acetate and Ammonium Citrate act as energy source as well as selective agents to prevent overgrowth by contaminating organisms. Potassium Phosphate is the buffering agent. Magnesium Sulfate and Manganese Sulfate provide cations used in metabolism. Polysorbate 80 is a surfactant, facilitating uptake of nutrients by lactobacilli. The growth of the organism is indicated by the turbidity on the medium and production of gas during the sugar fermentation is indicated by bubbles on the Durham tube in the broth medium. 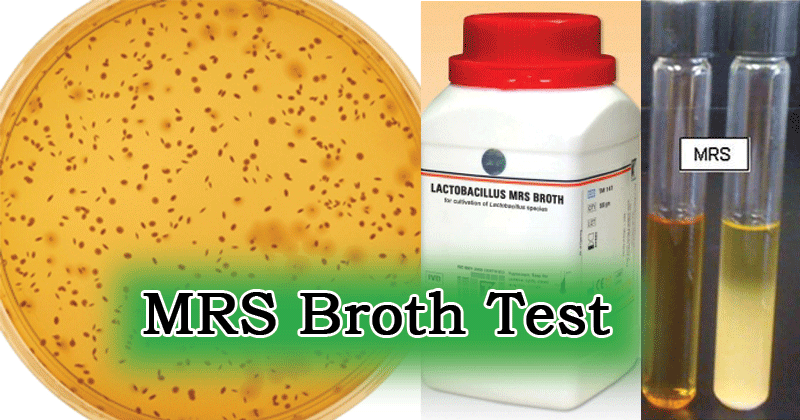 Negative test: No turbidity (no growth), no gas production