Monocot roots are fibrous or adventitious roots consisting of a wide network of thin roots and root fibers that originate from the stem. 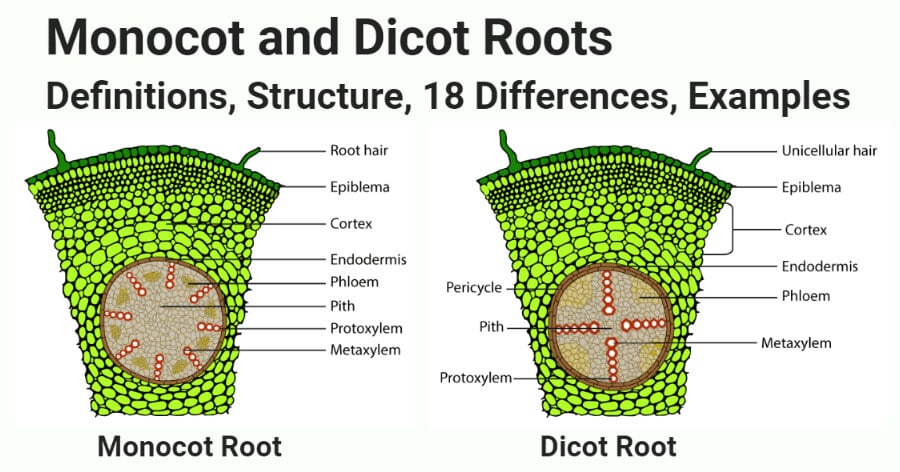 Dicot roots are taproots consisting of a single primary root from which secondary and tertiary roots develop and grow vertically downwards through the soil.

Structure of Monocot and Dicot Root

The anatomy or internal structure of both monocot and dicot plants consist of the following parts;

Functions of Monocot and Dicot Root