MRSA is mediated by the mecA gene; which is chromosomally coded. It alters penicillin-binding protein (PBP) present on S. aureus cell membrane to PBP-2a: 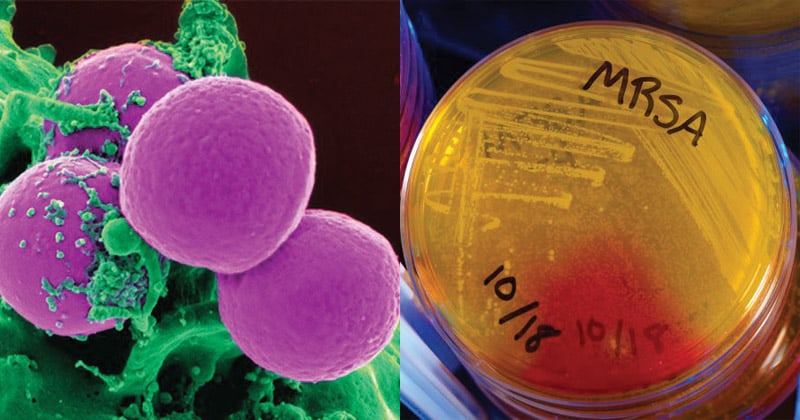 MRSA are either community or hospital-associated.

Note: CA-MRSA and HA-MRSA terminologies are becoming artificial nowadays; as many CA-MRSA strains have been isolated in hospitals and vice versa.