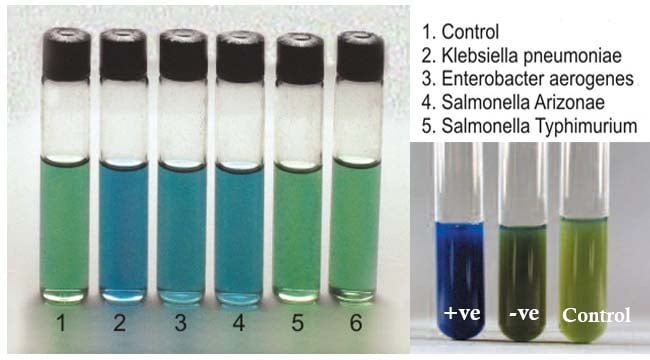 Positive test: development of a blue color in the medium