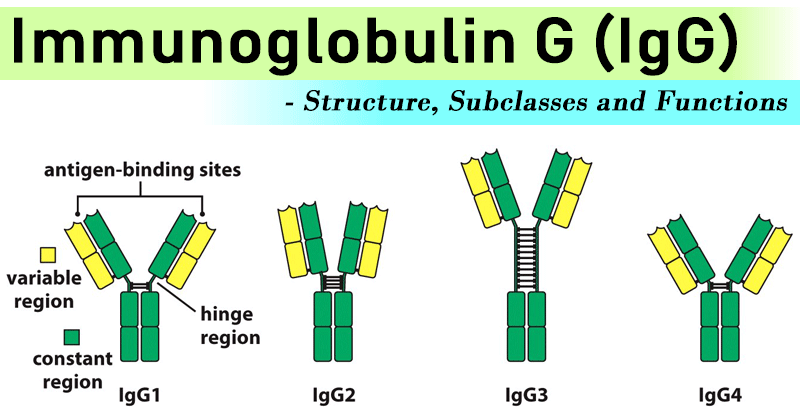 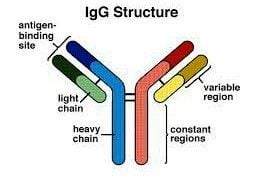 It comprises 60 to 65% of the total main subclass IgG, and predominantly responsible for the thymus-mediated immune response against proteins and polypeptide antigens. It is also involved in opsonization and activation of the complement cascade. A deficiency in IgG1 isotype is typically a sign of a hypogammaglobulinemia.

It comprises 20 to 25% of the main subclass and is the prevalent immune response against carbohydrate/polysaccharide antigens. Among all IgG isotype deficiencies, a deficiency in IgG2 is the most common and is associated with recurring airway/respiratory infections in infants.

IgG3 comprises around 5 to 10% of total IgG and plays a major role in the immune responses against protein or polypeptide antigens.

Comprising usually less than 4% of total IgG, IgG4 does not bind to polysaccharides. Recent studies have shown that elevated serum levels of IgG4 are found in patients suffering from sclerosing pancreatitis, cholangitis and interstitial pneumonia caused by infiltrating IgG4 positive plasma cells. The precise role of IgG4 is still mostly unknown. 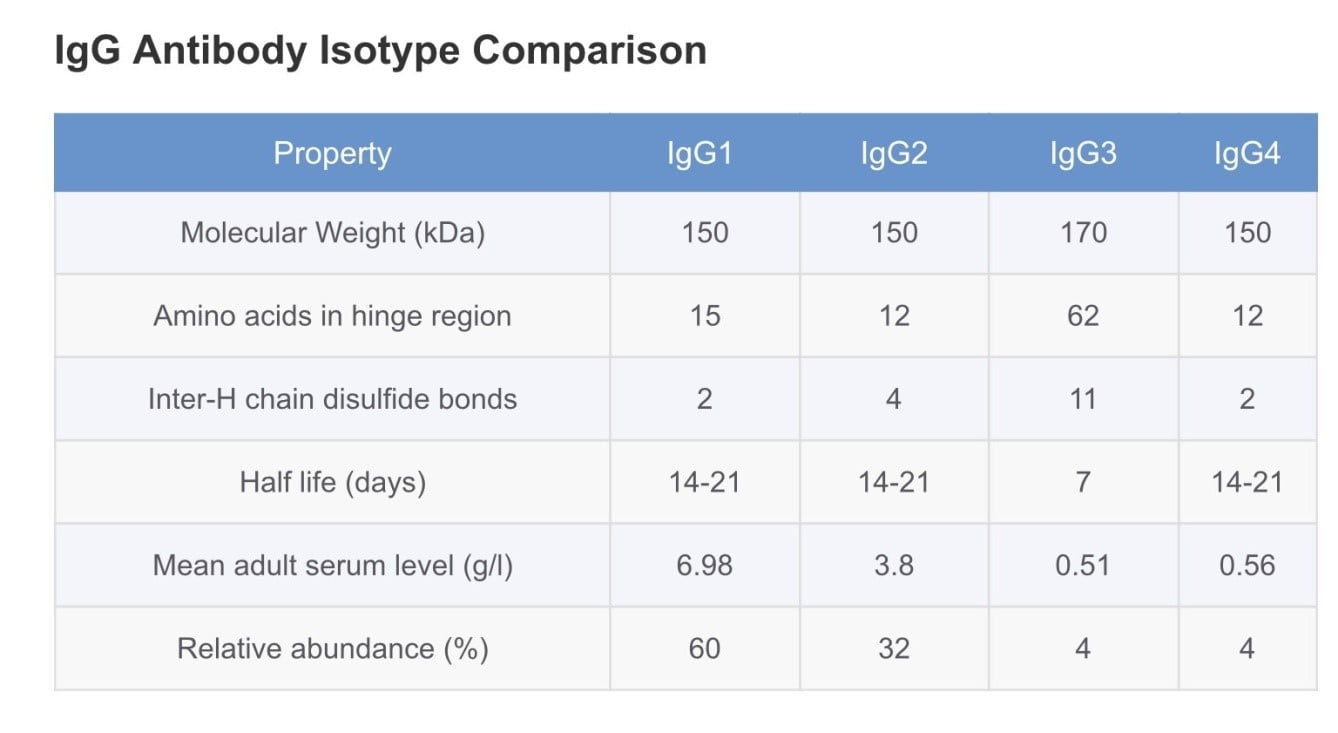