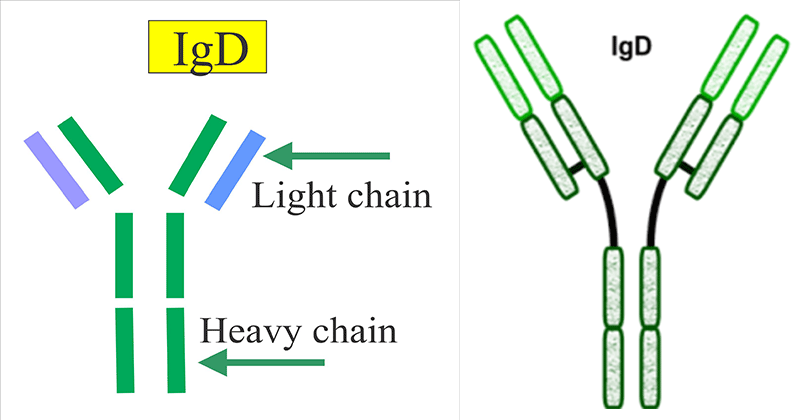 IgD is an immunoglobulin similar in structure to other immunoglobulin classes. It is composed of heavy and light polypeptide chains, has a sedimentation coefficient of approximately 7S, and can be fragmented into Fab and Fc fragments.