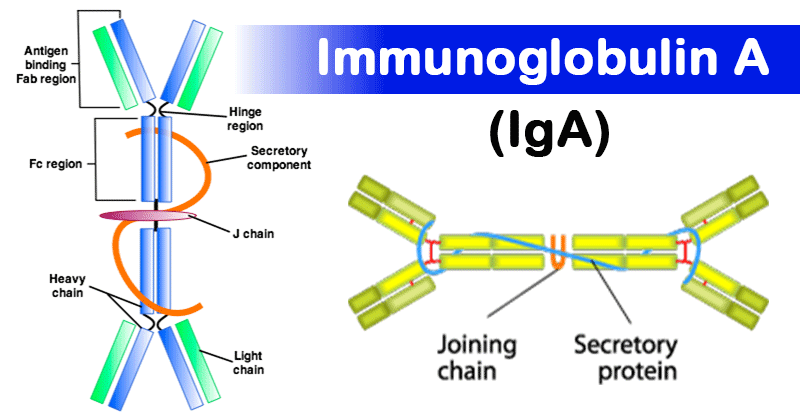 – IgA2, represents only up to 15% of total IgA in serum, but IgA2 percentages are higher in secretions.

– Plays a crucial role in the mucosa of the airways, eyes and the gastrointestinal tract to fight against polysaccharide and lipopolysaccaride antigens.