Various components of heme degradation occur in the cells of the reticuloendothelial system, liver, and intestine.

Overview of the Heme Degradation Pathway 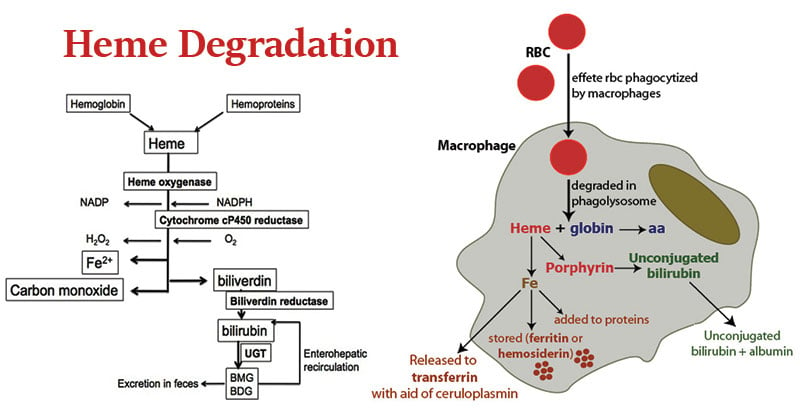 In patients with abnormally high red cell lysis or obstructive liver damage, bilirubin can accumulate, leading to the clinical manifestation of jaundice.