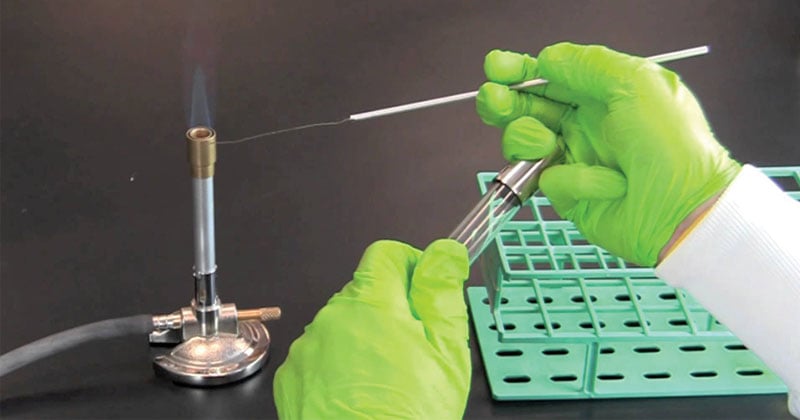 Examples of aseptic technique are:

There are some general rules to follow for any aseptic technique.

Flaming the neck of bottles and test tubes

This ensures that no microorganisms enter the mouth of the vessel to contaminate the culture or the medium. Passing the mouth of the bottle through a flame produces a convection current away from the opening, and helps to prevent contamination. The hot part of the flame is above the inner bright blue ‘cone’ and the vessel needs to be moved through the flame, not held in place.