Galactose metabolism takes place primarily in the cytoplasm of cells of the liver.

Substrate: Galactose (which is derived from breakdown of lactose in small intestine). 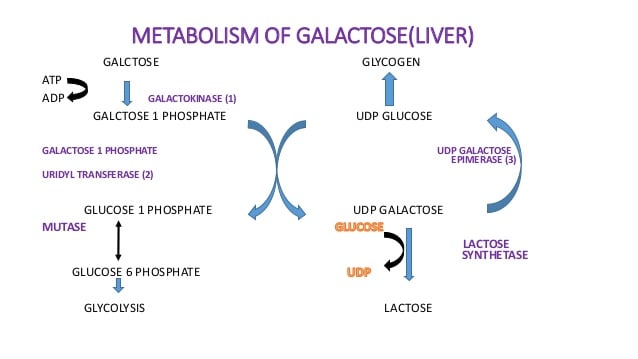 Allows galactose to be converted into intermediate molecules in the glycolysis or gluconeogenesis pathway.