Eutrophication is the condition of a gradual increase in the concentration of phosphorus, nitrogen, and other plant nutrients in a water body resulting in excessive plant and algal growth. 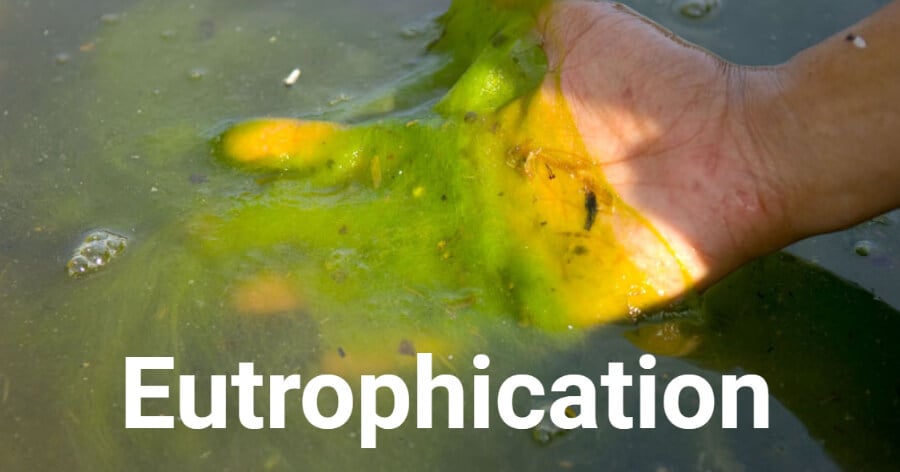 Natural eutrophication is a natural process that occurs through centuries as a part of the cycle of the ecosystem. However, the process has been enhanced by human activities which cause the process to occur at a much faster rate with immediate consequences. The primary cause of eutrophication is the entry of a large amount of easily available nutrients to the water resources, which increases the fertility and excessive growth of various plants and algae. Some of the factors that enhance the process of eutrophication by increasing the nutrient content of the water resources are;

Eutrophication can be divided into two types based on the root cause of the process;

The overall process of eutrophication can be explained in the following steps; 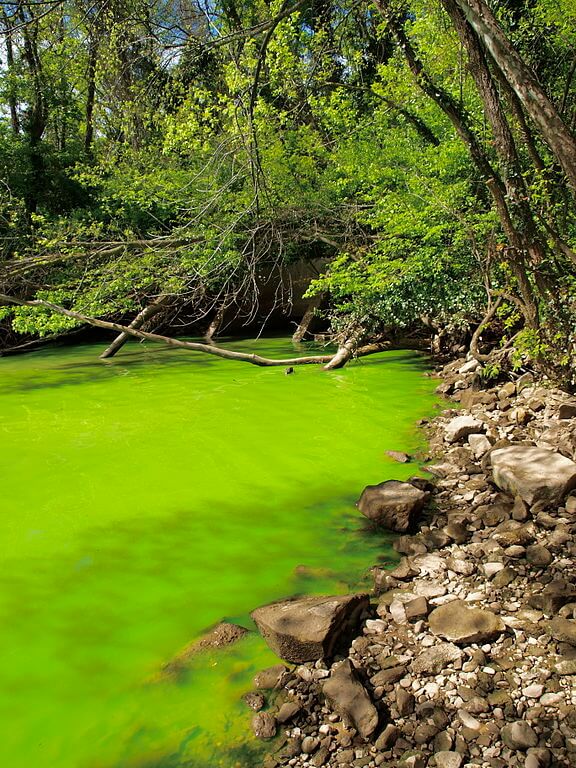 Figure: Eutrophication of the Potomac River evident from the bright green water, caused by a dense bloom of cyanobacteria. Image Source: Alexandr Trubetskoy.